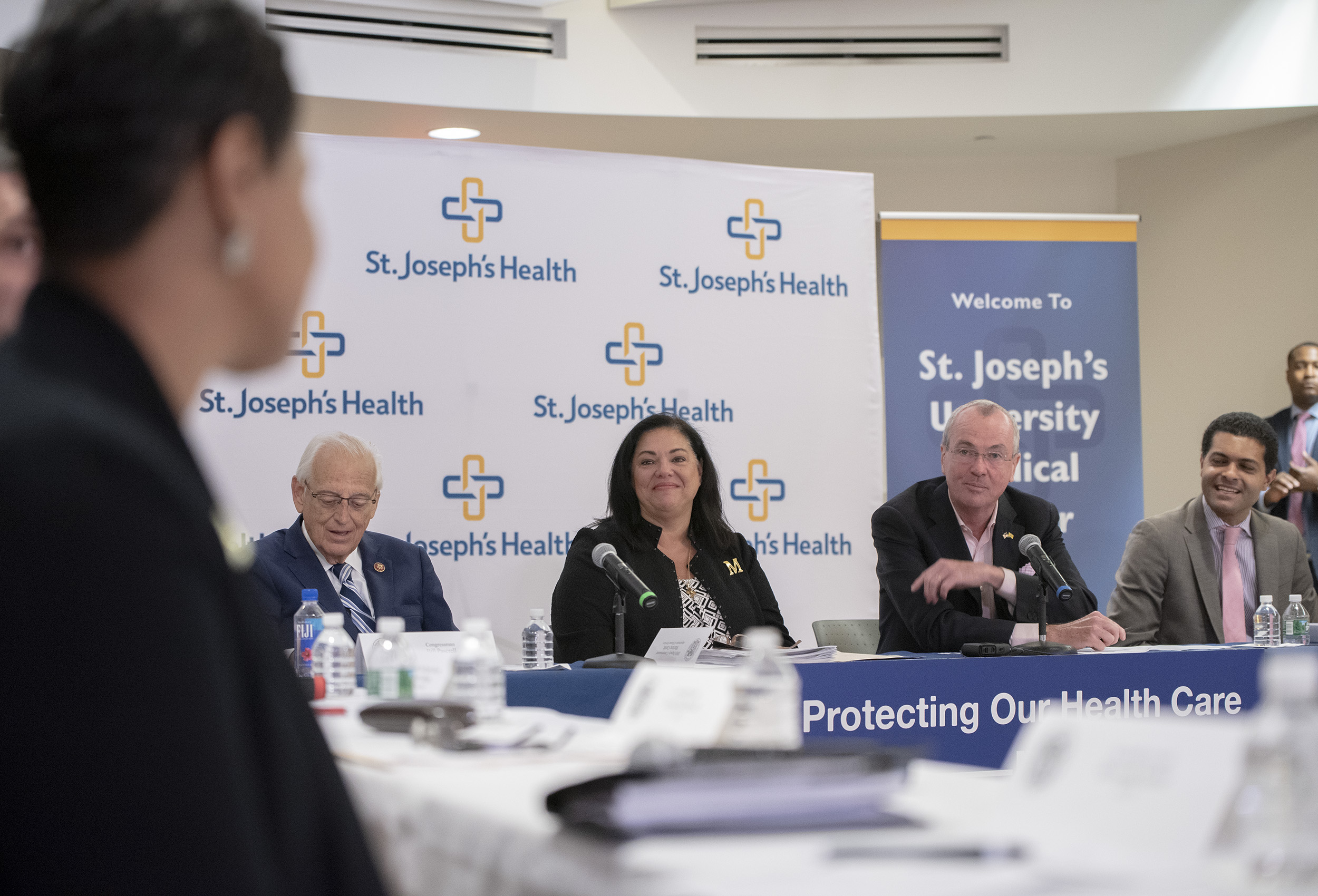 Standing alongside his partners in the Legislature, Governor Phil Murphy today announced a package of bills to safeguard the principles of the Affordable Care Act (ACA) in New Jersey, as well as establish and fund a State-Based Exchange (SBE). The bills will write into state law the basic protections for health care consumers that are part of the Affordable Care Act, including protections for no-cost preventative care, prohibiting exclusions for preexisting conditions, allowing children to stay on their parents’ plan until age 26, and protecting maternity care as essential health benefits, among others. A key bill in the package authorizes the Department of Banking and Insurance to create a SBE and establishes the assessments to fund the SBE.

“At a time when the Affordable Care Act is under constant attack in Washington, we have a responsibility to provide access to high-quality, affordable health care coverage for all New Jersey residents,” said Governor Murphy. “I am honored to work with our legislative partners to ensure that New Jersey sets a higher standard in our nation’s health care discussion by enshrining the principles of the Affordable Care Act into state law.”

On His 500Th Day in Office, Governor Murphy Highlights Progress in Building a Stronger and Fairer New Jersey

“New Jersey is working for more families and more families are working – from strengthening our economy to making health care more affordable and accessible to expanding pre-K – we’re making enormous progress,” Governor Phil Murphy noted as he marked his 500th day in office. Governor Murphy announced that the Administration has fulfilled or is meaningfully making strides on 47 out of 52 core campaign commitments to build a stronger and fairer New Jersey that works for every family.

Since Governor Murphy took office in January 2018, he has put the state on the path to fully funding public schools, invested in our middle class by signing legislation raising the minimum wage to $15 an hour, ensured paid sick leave and equal pay for equal work, expanded access to medical marijuana, fought the Trump administration’s disastrous plan to gut the Affordable Care Act (ACA), and strengthened the state’s finances. In addition to these accomplishments, the Administration continues to pursue numerous programs and initiatives that will further its commitment to building a state where everyone has the opportunity to thrive.

Governor Murphy has signed 290 bills into law in partnership with the Legislature – the most of any Governor at this point in their first term since Governor Whitman – and has issued executive orders ranging from protecting the ACA to preserving our environment. 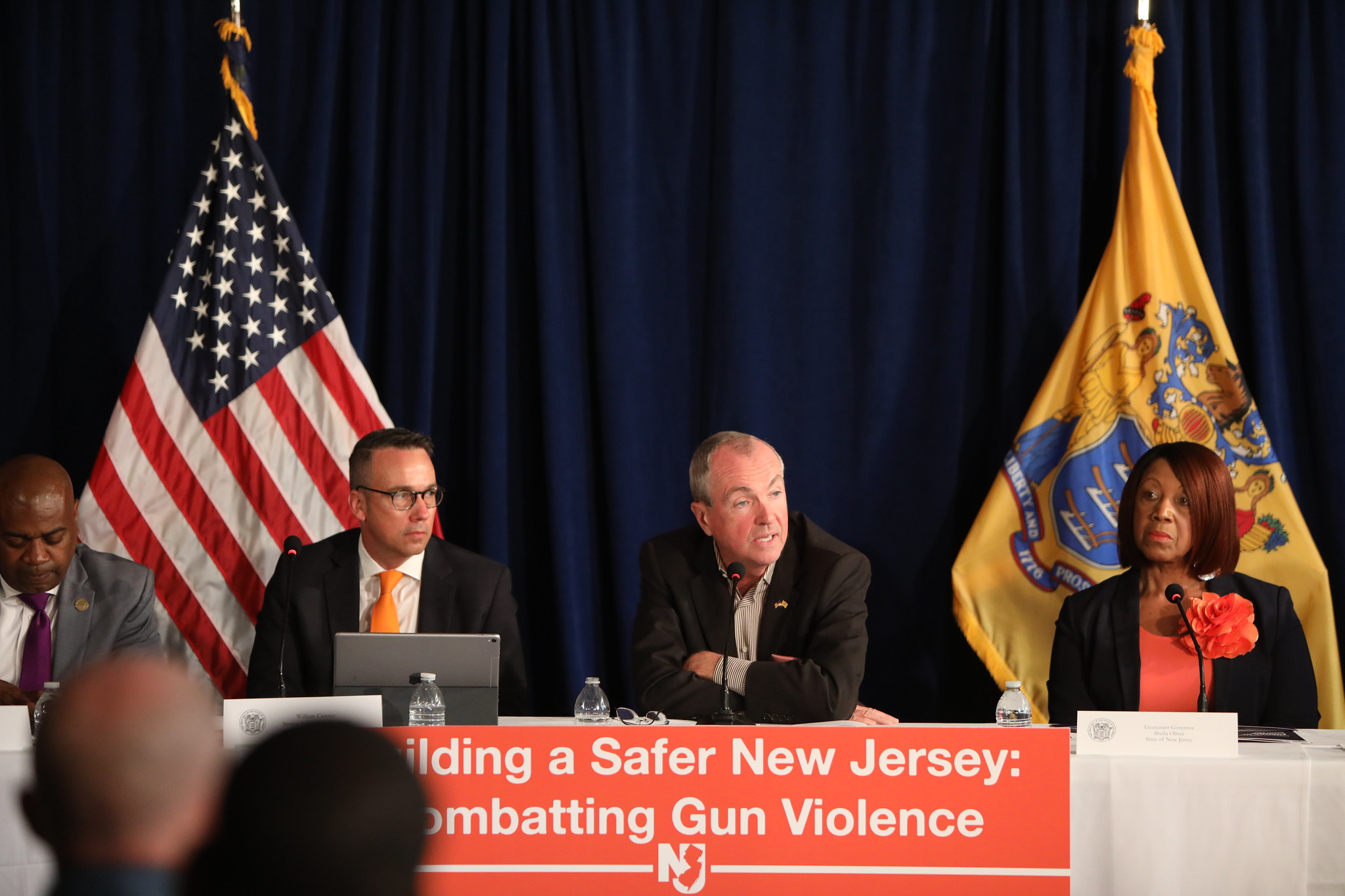 Governor Phil Murphy, joined by Lieutenant Governor Sheila Oliver, municipal officials, and gun violence prevention advocates and experts, held a roundtable to discuss gun violence prevention strategies in New Jersey’s largest cities. The roundtable, joined by the mayors of Newark, Paterson, and Trenton, builds on last month’s announcement of a partnership between Brady and the State of New Jersey to use cutting-edge research and data sharing to combat crime guns statewide.

“It is long past time that our state’s leaders work together to develop lasting solutions to the gun violence that threatens our communities,” said Governor Murphy. “I am thrilled to be here with the mayors of some of our largest and most vibrant cities, along with experts and leaders in gun violence prevention, to build on this Administration’s momentum in curbing the violence that exists across the state. I thank these leaders, as well as my colleagues in the Legislature, for taking such a courageous stand in this fight.”

"In order to stop the trajectory of loss of life in our communities we need action over words.  The discussion today between our Administration and urban mayors is just the beginning,” said Lt. Governor Sheila Oliver.  “Governor Murphy is keeping the promise of putting gun violence at the top of our agenda in New Jersey by facilitating a partnership with Brady and using the latest research and technology at our disposal - because one loss of life to guns is one too many.” 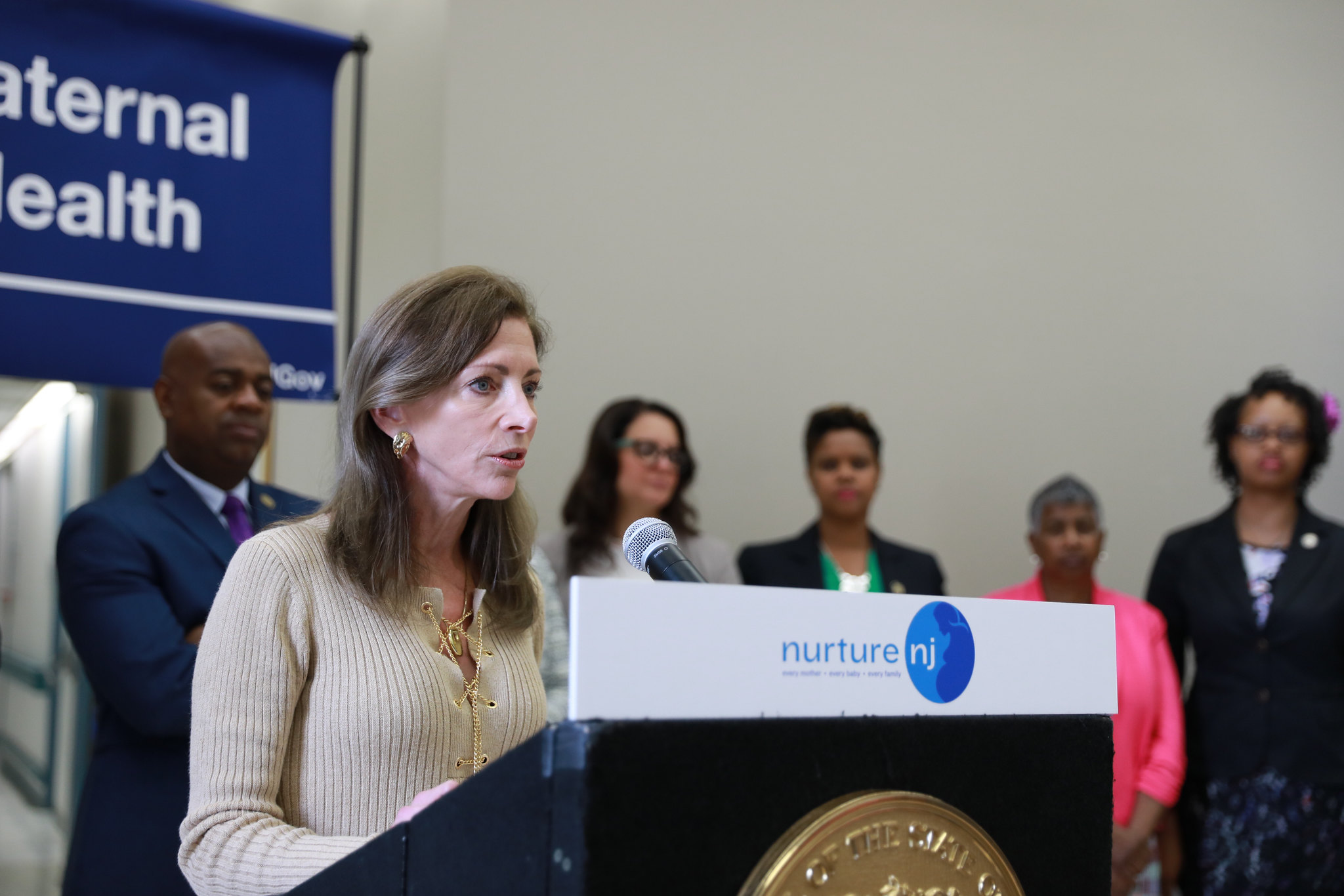 The plan will serve as a blueprint to coordinate government efforts and mobilize diverse stakeholders and prioritize actions to improve the state’s breastfeeding rates. Priorities include increasing breastfeeding initiation and duration and increasing statewide lactation support.

“The benefits to breastfeeding are endless, and I am thrilled that the CJFHC and NJBC’s Statewide Breastfeeding Strategic Plan will work with key stakeholders, community organizations, businesses and healthcare providers to increase awareness and support,” First Lady Tammy Murphy said. “By developing supports for women of color who experience barriers to breastfeeding, this plan will continue to build on the Nurture NJ campaign efforts to ensure equitable maternal and infant care to all women and children.”

“The Department of Health is proud to partner on the development of a statewide breastfeeding strategic plan with the Department of Human Services and many other maternal and child health partners," Health Commissioner Dr. Shereef Elnahal said. "Initiating and continuing breastfeeding is an important component of infant health and plays a strong role in reducing black infant mortality.” 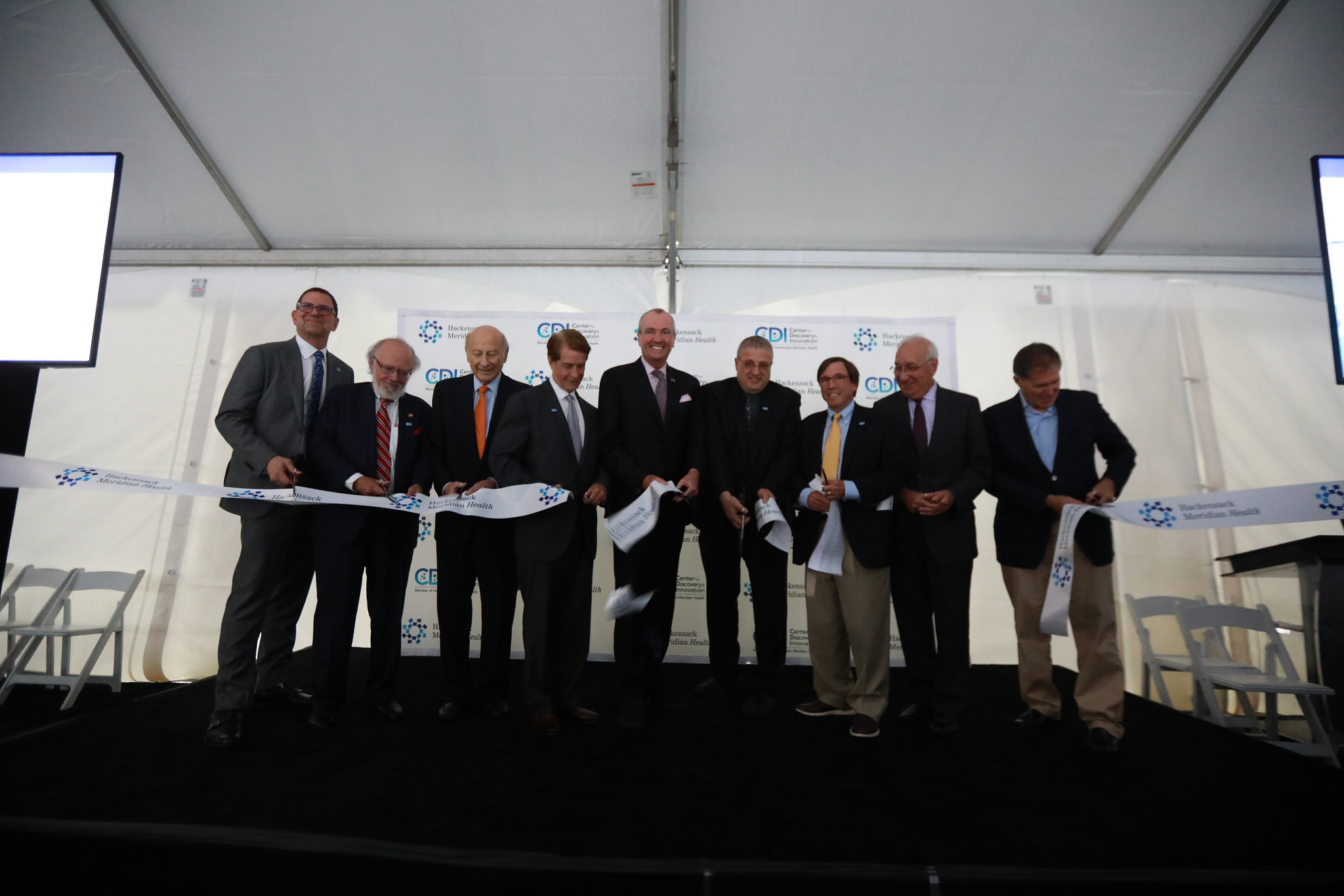