Sarah Adelman serves as Acting Commissioner at the New Jersey Department of Human Services. The Department's programs serve one in three New Jersey children and one in five adults, with a budget of approximately $20 billion in state and federal funds and a staff of more than 6,000. She joined the Department in 2018, initially serving as a Deputy Commissioner, overseeing the Division of Developmental Disabilities, Division of Aging Services, and the Division of Medical Assistance and Health Services, which operates the Medicaid/NJ FamilyCare program. She also serves on the Board of the New Jersey Housing and Mortgage Finance Agency.

Before joining Governor Murphy's Administration, Adelman served as Vice President at the New Jersey Association of Health Plans and Chief of Staff at the New Jersey Health Care Quality Institute. She also served on the Board of Trustees for Samaritan Healthcare and Hospice, the Board of Directors for a statewide child abuse and neglect prevention program, and the Commerce and Industry Association of New Jersey's Healthcare Steering Committee. 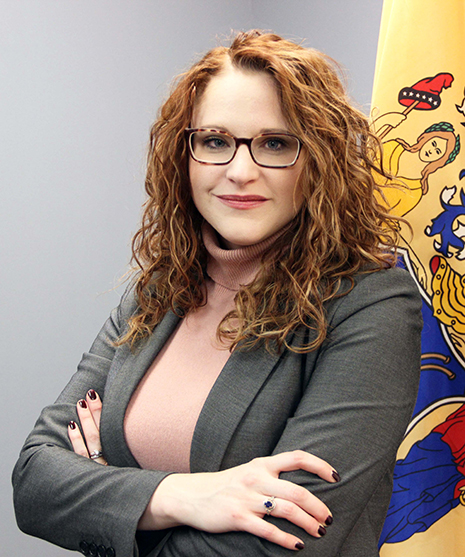 Copyright © State of New Jersey, 1996-2018
This site is maintained by New Jersey Office of Information Technology