Jeannine F. LaRue was appointed to the Casino Control Commission in 1991 by Governor James Florio.

Prior to her appointment, LaRue worked as a lobbyist for the New Jersey Education Association for ten years.  Previously, she was a high school English teacher at Penns Grove High School.  She also served on both the Township Council and Board of Education in Winslow Township.

In 1993, LaRue worked to convene the first-ever statewide Women’s Summit, which ultimately became the Governor’s Conference for Women.  The conference now hosts more than 2,000 women and men annually.

After leaving the Commission, LaRue served as Senior Vice President of Governmental Affairs for the Saint Barnabas Health Care Systems, from 1997 to 2006.  She then served as deputy chief of staff for Governor Jon Corzine.  On December 6, 2007, she was appointed as Vice President of Public Affairs for Rutgers University, where she served until 2011.

In 2011, LaRue became Senior Vice President of The Kaufman Zita Group, a Princeton-based lobbying firm.  On March 20, 2012, she was appointed as Interim Chair of the Women’s Political Caucus of New Jersey (WPCNJ-PAC).

LaRue has also served on the both the Camden County College and Essex County College Boards of Trustees.  She completed her own undergraduate and graduate work at Glassboro State College (now Rowan University). 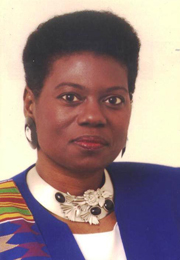