Matthew B. Levinson was appointed the seventh Chairman & Chief Executive Officer of the New Jersey Casino Control Commission in August 2012.  He also served as the Commission's representative on the Casino Reinvestment Development Authority (CRDA), where he played a key role in establishing policies and priorities for redevelopment of Atlantic City.

During his five year term, Levinson streamlined the size and the scope of the Commission in response to significant changes in the gaming industry, competition, the economy, and the State’s gaming law.  As chief executive officer, he realigned the staff, rightsized the number of employees and reduced expenses; he transformed it to be an effective and efficient government agency that is well-positioned to respond to new challenges and opportunities in the years to come.  In his position on the CRDA, he also participated in updating and modernizing the authority’s outdated master plan for Atlantic City’s Tourism District and in prioritizing redevelopment projects.

He has served on the Board of Directors of the Levenson Institute of Gaming, Hospitality and Tourism at Stockton University and the board of Main Street Atlantic City, a non-profit organization which manages and guides the revitalization of Atlantic City’s central business district.

Prior to his appointment to the Commission by Governor Chris Christie, Levinson served as Chief Financial Officer of SOSH Architects where he was responsible for all accounting and finance operations for the firm’s offices in Atlantic City and in New York City.  His duties there also included handling human resources, information technology, business development, operations, and marketing.

Earlier in his professional career, Levinson worked as Casino Accounting Manager at Resorts International Hotel Casino and also as a Senior Operations Analyst with responsibilities in both the gaming and non-gaming areas of the property.  He also worked for the international forensic accounting firm of Matson, Driscoll & Damico, LLP., where he performed forensic accounting work relating to the 2001 attack on the World Trade Center and the 2003 collapse of a parking garage under construction at the Tropicana Casino and Hotel.

Levinson previously served as a member of the Linwood City Council where he was chairman of the council’s Finance Committee and a member of the Board of School Estimate.  He has been active in a variety of civic, professional and charitable organizations.  He is a graduate of Villanova University where he majored in accounting and minored in finance.  He also holds an MBA from Thomas Edison University. 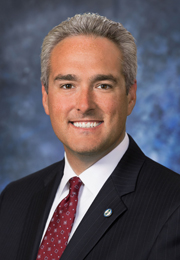