Leanna Brown was appointed to the Casino Control Commission in 1993 to complete an unexpired term.  In 1994, Governor Christine Todd Whitman appointed her to a full five-year term.

Prior to her appointment, Brown served in the New Jersey Senate, from 1983 to 1993.  She was the first woman from the Republican Party to serve in the upper house of the State Legislature.  Previously, she served in the General Assembly for two terms.

Brown also served on the Morris County Board of Chosen Freeholders.  She was freeholder director in 1976 and president of the New Jersey Association of Counties in 1978.  Her political career began at the Chatham Borough Council, where she served from 1969 to 1972. 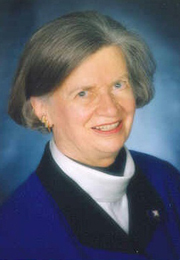