Frank J. “Pat” Dodd was appointed to the Casino Control Commission by Governor Thomas H. Kean and was sworn into office on March 2, 1989.

In 1981, Dodd ran unsuccessfully for the democratic gubernatorial nomination.

After leaving the Commission in 1993, Dodd performed consulting work in government affairs and gaming.  He died on May 14, 2010 at the age of 72. 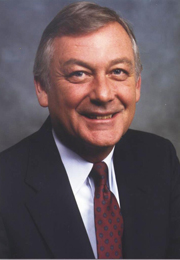