Charles Irwin was appointed to the Casino Control Commission in 1991 by Governor James Florio and served until 1993.

A native of Brooklyn, NY, Irwin grew up in Jersey City and in Bergen County.  He received a bachelor's degree in economics from Syracuse University and served in the U.S. Army for about two years after college, attaining the rank of captain.  One of his assignments in the military was to measure radiation at atomic test sites in Nevada, work which caused cancer later in his life.

Irwin graduated from Harvard Law School in 1960 and was a member of the New Jersey and New York bar associations. He was associated with several law firms during his career in Newark, Mountainside and Toms River.  Prior to joining the Commission, he specialized in environmental law, representing oil companies and hospitals.

From 1968 until 1971, he represented Union County in the New Jersey General Assembly.  He campaigned for President Richard Nixon in New Jersey and was later appointed to a commission studying oil supplies for the Nixon administration.  In 1971, Governor William Cahill appointed Irwin as the state’s first Director of Consumer Affairs.  He held that position for two years and then returned to his private law practice.  In 1990, Governor Florio appointed Irwin to a seat on the Casino Reinvestment Development Authority.

After leaving the Commission, Irwin became chairman of the Chitimacha Gaming Commission in Louisiana and later formed a consulting firm, Tribal Gaming Commission Administrators Inc., which  specialized in advising Native American tribes on gaming-related matters.  He also returned to the practice of law in Toms River. 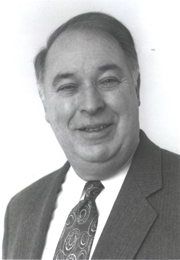