Linda M. Kassekert was appointed the sixth chair of the New Jersey Casino Control Commission in November 2002 and reappointed by Governor Corzine to a second five-year term in June 2007. She was the first woman to be named chair of the Commission. She also served as the Commission’s representative on the Casino Reinvestment Development Authority.

Kassekert served as a board member of Cooper Health Systems. Prior to joining the Commission, she was the Associate Director of Government Relations for the New Jersey Education Association. Previously, she was an Assistant County Counsel in Camden County. She is a past Deputy Commissioner of the New Jersey Department of Personnel, and served for a period as Acting Commissioner.

Near the expiration of her second term on the Commission, Chair Kassekert was appointed by Governor Chris Christie as an Administrative Law Judge. She retired from public service in 2014.

Kassekert holds a bachelor of science degree in political science from Gettysburg College, a masters degree in public policy from Rutgers University and a law degree from Widener University School of Law. She has been admitted to practice law in New Jersey and Pennsylvania. 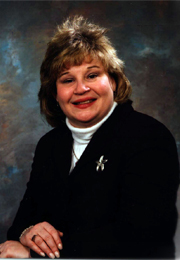