Steven P. Perskie was appointed by Governor Jim Florio as the Casino Control Commission’s third chairman in 1990.  During his term, he led a comprehensive restructuring of the agency.  He served as chairman until 1994.

Prior to joining the commission, Perskie was Governor Florio’s Chief of Staff, from 1989 to 1990.  Previously, he was an Atlantic County Superior Court Judge, from 1982 to 1989.  Perskie served in the New Jersey General Assembly from 1971 until moving to the New Jersey State Senate in 1978.  He was the author and principal sponsor of the original New Jersey Casino Control Act, which brought legalized casino gaming to Atlantic City.

After leaving the commission, Perskie resumed practicing law.  In 2001, he was appointed as a New Jersey Superior Court Judge, serving until 2010. 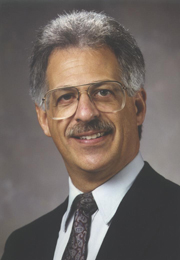