COVID-19 is still active. Stay up to date on vaccine information. Visit: covid19.nj.gov

Every decade, the Healthy New Jersey initiative develops a new set of evidence-based, 10-year objectives with the goal of improving the health of all New Jerseyans. The development of Healthy New Jersey 2030 (HNJ2030) includes establishing a framework for the initiative, determining topic areas to organize the project, developing goals, creating action plans, identifying new objectives, setting targets values, and implementing action plans to achieve those targets by the end of the decade.

The development of HNJ2030 is a multiyear process with input from a diverse group of subject matter experts, organizations, and members of the public.

We will continue to share new information as it becomes available.  Subscribe to HNJ News to be emailed about updates. 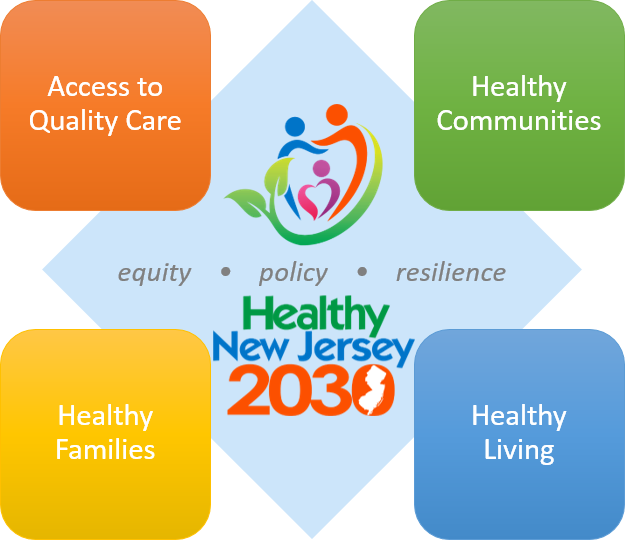 The framework explains the central ideas and function of the Healthy New Jersey 2030 initiative and it will guide the selection and prioritization of 2030 objectives.  It is adapted from the Healthy People 2030 Framework and was adopted by the HNJ Coordinating Committee in March 2019. 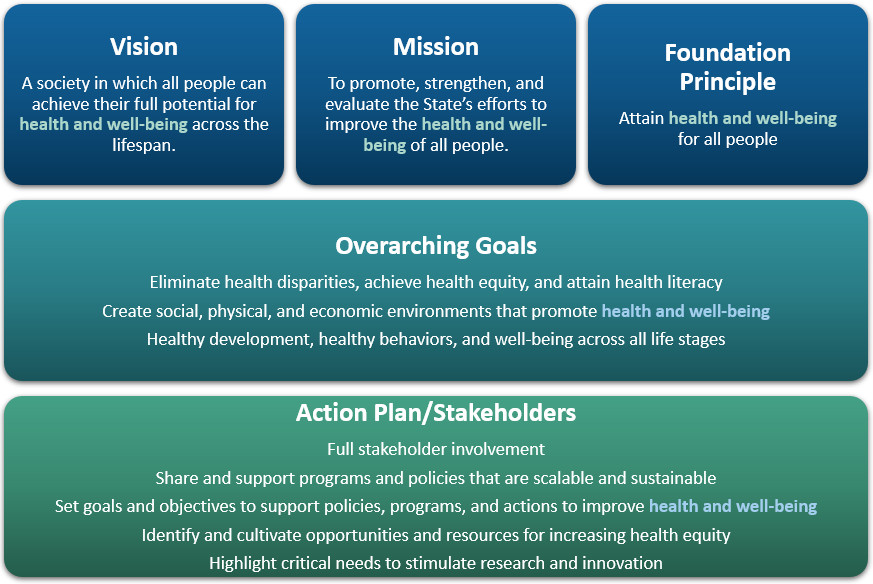 Overall, New Jersey is considered one of the healthiest states in the nation.1  Progress in reducing health outcome differences between various populations is also being made.  For example,

However, New Jersey still faces challenges with health disparities. Healthy People 2020 states, “Health disparities adversely affect groups of people who have systematically experienced greater social or economic obstacles to health based on their racial or ethnic group, religion, socioeconomic status, gender, age, or mental health; cognitive, sensory, or physical disability; sexual orientation or gender identity; geographic location; or other characteristics historically linked to discrimination or exclusion.”  The Robert Wood Johnson Foundation asserts that health disparities exist when good health is not experienced evenly across communities and are due to differences in key determinants of health, such as education, safe housing, and discrimination, which adversely affect marginalized or excluded groups.  These disparities can lead to excess morbidity and mortality for these diverse populations.

Health equity is attained by reducing and ultimately eliminating disparities so that everyone has a fair opportunity to achieve their full potential for health and well-being across their lifespan.

DOH staff have been following the development of Healthy People 2030 since 2017, a new internal HNJ2030 Coordinating Committee was formed in early 2019, a new HNJ2030 Advisory Council was established in September 2019, and Action Teams began forming in March 2020.

Go to the Workgroups, committees, and councils page to learn more. 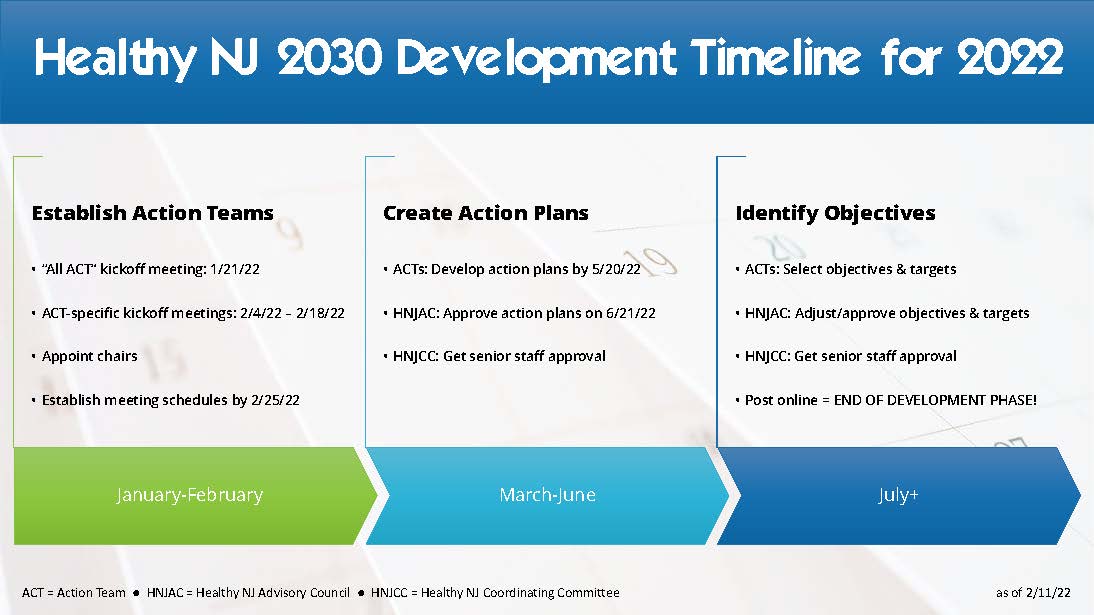 Click here to see larger version of the development timeline