How and when to register as an employer 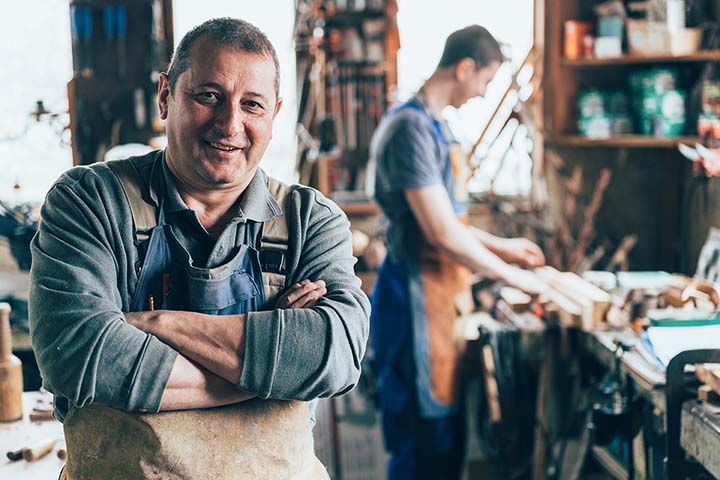 All businesses must first register with the Division of Revenue & Enterprise Services (form NJ-REG).

Once your established business employs one or more individuals and pays wages of $1,000 or more in a calendar year, you are considered an employer.

Make sure you keep your business information up-to-date with the Division of Revenue by amending form NJ-REG-C as needed.

If your business is subject to the provisions of the Federal Unemployment Tax Act (FUTA), you automatically become subject under the law. An employing unit is generally subject to FUTA if it had covered employment during some portion of a day in 20 different calendar weeks within the calendar year, or had a quarterly payroll of $1,500 or more.

To determine if the individuals performing services for your business or household are employees or independent contractors, use the "ABC" test below.

An employer is not liable for Unemployment or Temporary Disability contributions for services performed by an independent contractor.

However, in general, anyone performing a service for your business or household is by default considered an employee, unless they meet all the criteria of the "ABC test." Per New Jersey Unemployment Compensation Law 43:21-19(i)6(A)(B)(C), a worker should be considered an employee unless all the following circumstances apply:

Employers must understand that once an individual provides remunerated services, this constitutes employment, unless the services are exempt, or the statutory requirements for the ABC test have been met.

In New Jersey, because the statute is remedial and its provisions construed liberally, a statutory employee-employer relationship can be found even though that relationship may not satisfy common-law principles. Judicial reviews by both the Appellate Division of New Jersey’s Superior Court and the Supreme Court accept this as a result of the remedial nature of the unemployment program.

The determination of employee v. independent contractor status is particularly difficult in certain situations. It is important to know the law and regulations; the consequences for not knowing can be significant. The use of a questionnaire will aid the employers in making sure that they get all the information needed in classifying individuals they hire. The Worker Classification Questionnaire which the Department’s auditors and investigators use to evaluate if a relationship of an individual with the company is that of an independent contractor or employee under the New Jersey Unemployment Compensation Law is available in this website.

First, download and review our guide about Employment Under the NJ Unemployment Compensation Law.

If you need assistance or additional information regarding worker classification, you may contact any of the following regional offices:

Test A
“Specific factors indicative of control include whether the worker is required to work any set hours or jobs, whether the enterprise has the right to control the details and means by which the services are performed, and whether the services must be rendered personally.”

Test B
“In our view, that phrase refers only to those locations where the enterprise has a physical plant or conducts an integral part of its business.”

Test C
“In our view, the C standard provides the closest connection between the obligation to pay taxes and the eligibility for benefits.”  The court added, “Thus, if the person providing services is dependent on the employer and on termination of that relationship would join the ranks of the unemployed, the C standard is not satisfied.  Conversely, the C standard is satisfied when a person has a business, trade, occupation or profession that will clearly continue despite termination of the challenged relationship.”

The determination should take into account for each individual in dispute:

In the absence of some evidence showing that the worker is “customarily engaged in an independently established trade, occupation, profession or business”, the relationship would be classified as that of employer-employee.

The 1999 Appellate Court decision on Aladdin Service Corporation v. Department of Labor affirms the Commissioner of Labor’s determination holding the carpet installers of this entity as employees.  The Court noted that this decision “fully comports with the principles set out in Carpet Remnant Warehouse, Inc. v. New Jersey Department of Labor.”  The Commissioner’s determination was based on the following unchallenged findings of fact: