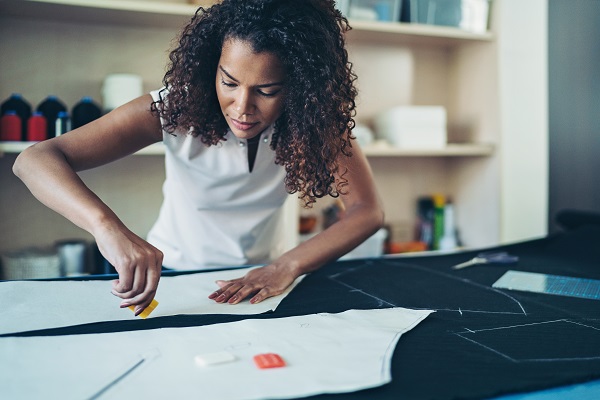 No manufacturer or contractor shall engage in the making, cutting, sewing, finishing, assembling, pressing, or otherwise producing of apparel, designed or intended to be worn by any individual and sold or offered for sale for that purpose in the State of New Jersey, unless they are registered with the New Jersey Department of Labor and Workforce Development.

To register with the Department, please complete and return the Application for Apparel Industry Certificate of Registration.

The Apparel Industry Unit is responsible for the enforcement of State labor laws (the Apparel Industry Registration Act, the Wage and Hour Law, the Wage Payment Law, the Child Labor Law and the Industrial Homework Law) affecting the employment of production employees in the apparel industry.

The following civil penalties may be imposed for committing the above violations:

An intentional failure to comply with the registration requirements shall be a crime of the 4th degree.

As an alternative or in addition to any other sanctions provided for in N.J.S.A 34:6-149(e) when the Commissioner of Labor and Workforce Development finds that an employer has violated the Act, he/she is authorized to assess and collect an administrative penalty in the following amounts:

In addition to any penalty which may be assessed against an individual who is in violation, the Commissioner may order the Apparel Industry Unit to confiscate any partially or completely assembled articles of apparel and any equipment used in the assembly of apparel from any manufacturer or contractor who has been found to be in violation of two or more separate violations of the Apparel Industry Registration Act.