Alisa Cooper was appointed as a commissioner in August 2012 by Governor Chris Christie to complete an unexpired term. She was appointed in December 2014 to a full five-year term and reappointed by Governor Phil Murphy to a second full term in June 2021.

Cooper joined the Commission during a very challenging time for gaming in Atlantic City. Her vast experience, long history of involvement in the region, and enthusiasm for Atlantic City’s strong potential have guided her contributions to major decisions that have provided economic growth, job creation, revitalization, and improved the Atlantic City experience for residents and visitors alike.

Cooper was born and raised in Atlantic City and is an alumna of Atlantic City High School. After earning her degree in Music Education from the University of Maryland, she returned to her home town and enjoyed several decades in the music and entertainment business, owning Alisa Cooper Orchestras. During her career, she played piano at the famous “500 Club” and opened Resorts International Casino Hotel in 1978. She entertained at parties for Tony Bennett, Jerry Seinfeld, Dom DeLuise, Neil Sedaka, and countless sports celebrities. With her orchestra, and in a volunteer capacity, she performed for numerous benefits and fundraisers including Gilda’s Club, American Cancer Society, March of Dimes, American Heart Association, and South Jersey AIDS Alliance. Her lifelong passion for music and children also led her to a rewarding career as a music educator.

Also in 2008, Cooper was appointed to the New Jersey State Council on the Arts, which enabled her to promote music and the arts throughout the state. She has received numerous awards for her charitable activities and has helped raise thousands of dollars for The Community Food Bank of South Jersey and the Atlantic County Animal Shelter. In 2014, she was inducted into the “Atlantic County Women’s Hall of Fame” for her commitment to public service and government.

Currently, Cooper sits on the Board of the Community Foundation of South Jersey and is actively involved with a large number of community, philanthropic, and civic organizations. 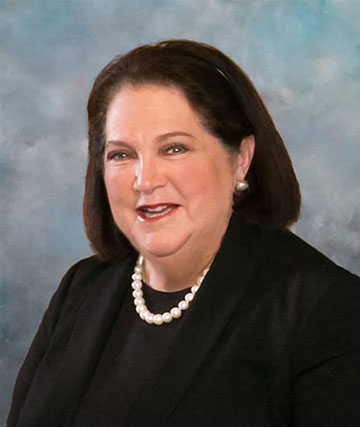