BERLIN, Germany – On the final day of his economic mission trip to Germany, Governor Murphy met in the morning with the U.S. Ambassador to Germany Richard Grenell.  He also met again with DIHK to announce a collaboration on apprenticeships with the New Jersey Department of Labor and Workforce Development, and later with the Governing Mayor of Berlin, he signed a Memorandum of Understanding to spur growth in the technology sectors in Berlin and New Jersey. The Governor and delegation then toured Audible Berlin with Audible CEO Don Katz.

Below are photos and press release links from the day’s events:

U.S. Ambassador to Germany Grenell welcomed Governor Murphy and the delegation to the U.S. Embassy in Berlin to kick off the last day of the Germany trip.

Governor Murphy, who served as U.S. Ambassador of Germany for three years under the Obama Administration, visited with former staff, while the delegation toured the Embassy. 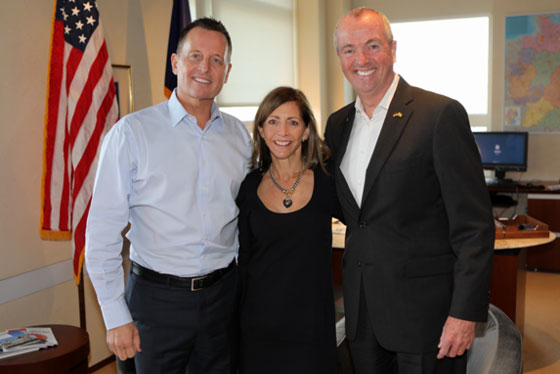 Apprenticeships are Focus of New Collaboration Between New Jersey and DIHK

The State of New Jersey and the Association of German Chambers of Industry and Commerce (DIHK) entered into a historic workforce development partnership on Friday when they announced a Joint Declaration of Intent that furthers the Governor’s and DIHK’s shared commitment to apprenticeship as a feasible career pathway. The newly-signed agreement puts the partners on a path to encourage and promote apprenticeships, which will provide New Jersey’s business owners with a new pipeline of high-skilled workers, and New Jersey workers with a sustainable career path that often includes college credits. The initiative aligns with the governor’s Economic Development Plan for New Jersey, which includes a suite of new initiatives to attract, retain, and develop the state’s future workforce. For more about the collaboration, click here for the press release. 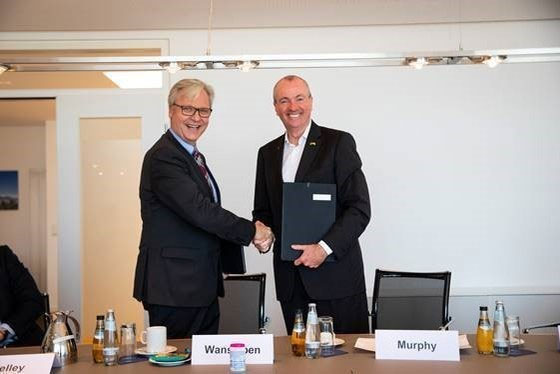 In the early afternoon, Governor Murphy and the delegation were received by the Governing Mayor of Berlin Michael Müller and his staff. Also joining the delegation for the meeting was CEO of Audible, Don Katz. During the meeting, Governor Murphy and Governing Mayor Müller signed a Memorandum of Understanding with the goal of fostering innovation by exchanging ideas on best practices to create a stronger tech ecosystem in both New Jersey and Berlin. The Governor acknowledged Don Katz’s success in Newark, and noted that more can be done to follow Berlin’s lead on creating an incredible environment for startups while building on what Katz has undertaken.  Since moving to Newark in 2007, Audible has become the fastest-growing private employer in the city. 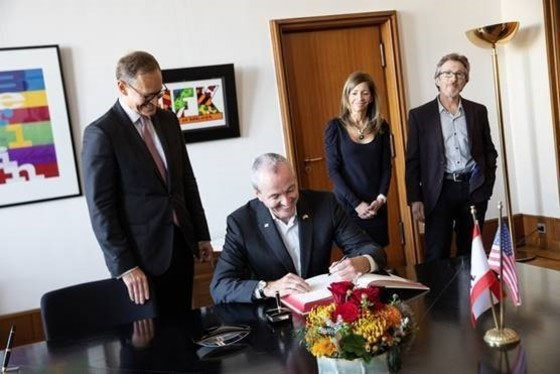 Governor Murphy and the delegation visited Audible Berlin, where they were given a tour by CEO Don Katz. Audible commercialized the first portable digital audio player in 1997, four years before the introduction of the iPod, and now includes more than 400,000 audio programs from leading audiobook publishers, broadcasters, entertainers, magazine and newspaper publishers, and business information providers. Audible was acquired by Amazon in 2008 and runs digital membership businesses in the U.S., the UK, Germany, France, Australia, Japan, Italy and Canada, and it serves as the supplier of digital audiobooks to Amazon. Audible Berlin currently employs 200. 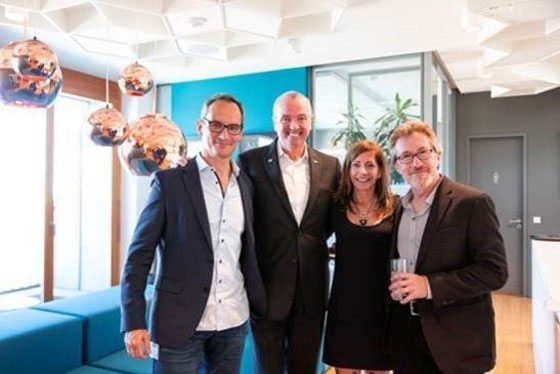