TRENTON – Governor Phil Murphy today signed legislation that will allow terminally ill New Jersey adults to end their lives peacefully, with dignity, and at their own discretion. The bill, which was sponsored by Assemblyman John Burzichelli and Senator Nick Scutari, makes New Jersey the eighth state to allow such end-of-life decisions with the assistance of medical professionals.

“Allowing residents with terminal illnesses to make end-of-life choices for themselves is the right thing to do,” said Governor Murphy. “By signing this bill today, we are providing terminally ill patients and their families with the humanity, dignity, and respect that they so richly deserve at the most difficult times any of us will face. I commend Assemblyman Burzichelli for steering us down this long, difficult road, and thank the Legislature for its courage in tackling this challenging issue.”

“Over the course of seven years, we’ve heard countless heartbreaking stories of terminally ill patients and their families yearning to make a personal choice that simply was not provided for under law,” said Assemblyman John Burzichelli. “The choice for patients, who are critically ill and with a short life expectancy prescribed by their doctors, to determine their final day on this earth with dignity deserved honest and intellectual discussion. I’ve had many, many conversations with religious and non-profit organizations such as Compassion and Choices of New Jersey to get their take on the legislation. I thank all who have contributed over the years to the open dialogue, for and against it, and to the Governor for giving it the attention it deserved. It’s been a long, learned discussion, one that I’m sure will continue as we move forward today.”

“This will provide a humane choice for terminally-ill patients who are experiencing tremendous suffering and pain. It offers the freedom of choice for those with no hope of surviving beyond six months to end their suffering in a dignified way,” said Senate President Steve Sweeney. “It is a very personal decision. I watched someone I loved suffer for the last six months of her life from cancer while her children watched. Her suffering was prolonged to a point where she entered a hospice where her medications were increased until she passed away. I don’t think that was humane for her or for her loved ones. This will offer patients in end-of-life circumstances an option to decide their own fate in their final days.”

“There is no good reason for terminally ill patients to be forced to endure prolonged pain and suffering if they make the choice to end their lives with dignity,” said Senator Nicholas P. Scutari. “This law respects the free will of terminally ill patients and provides a humane and dignified process for those qualified to end their lives. I am very proud of New Jersey to support this law and the compassion it provides to those suffering.”

“There are many strong opinions on this issue, but the truth is, only these patients understand what it is like to know death is approaching,” said Assemblyman Joe Danielsen. “This law will give terminally ill patients the choice to meet their end on their own terms. This is the humane approach. We cannot prevent them from dying, but we can at least provide the option and let them to do it with dignity.”

The “Medical Aid in Dying for the Terminally Ill Act” permits terminally ill, adult patients residing in New Jersey to obtain and self-administer medication to end their lives peacefully and humanely.  A patient’s attending and consulting physicians must determine that the patient has a life expectancy of six months or less, has the capacity to make health care decisions, and is acting voluntarily, in order for the patient to obtain the medication. The bill establishes additional procedures and safeguards that patients, physicians, and other health care professionals must follow before a qualifying patient may legally obtain and self-administer the medication.

“My wife Brittany Maynard spoke up so terminally ill New Jerseyans in her predicament would not have to leave their home like we did just to secure the option of a gentle dying process,” said Dan Diaz, an advocate who works with Compassion and Choices. “New Jersey becomes the fifth state in the five years since her death to pass this vitally important legislation. With immense pride in her legacy, I am very thankful to the New Jersey legislators who passed this law without excessive regulations that would prevent dying New Jerseyans from using this option.”

“Given our growing tidal wave of momentum nationwide, it is only a matter of time before every resident of every state has this peaceful dying option. But today we thank Gov. Murphy for making this option within reach for dying New Jerseyans who desperately need it,” said Kim Callinan, CEO of Compassion & Choices, which led the grassroots campaign to pass the law in New Jersey and other states. “We will help the Murphy administration implement this law as smoothly and quickly as possible to ensure dying New Jerseyans can use this option, if they need it.”

“It is impossible for my terminally ill sister Melissa and I to express our profound sense of relief that this legislation is now law,” said law supporter Laurie Wilcox, a retired nurse in Clark with rheumatoid arthritis that has invaded her lung tissue and requires her to wear an oxygen tank most of the day to breathe. “As nurses, we know the limits of modern medicine to relieve suffering and we are so grateful we now have the option to peacefully end our end-of-life suffering, if we need it.”

“I am eternally grateful to Gov. Murphy and Assemblyman Burzichelli, for giving me this option to die peacefully, if I decide I need it,” said supporter Susan Boyce, a Rumson resident who has a terminal lung disease. “Just having this option is a godsend that will enable me to live the rest of my life, however long it is, as fully as possible knowing I won’t have to suffer needlessly at the end.”

I watched my mother die a horrible, drawn-out death. She lost all of her dignity, all of her happiness. Everything hurt and we knew she was dying and all we could do was sit there and wait while she begged for relief,” said Jessica Guenzel, a supporter ad Rutherford resident. “She didn’t have to die that way. With the signing of this bill, terminally ill people in New Jersey who are suffering have another option. They can decide with those closest to them what their last days or hours will look like and they can leave this world on their terms. I think my mom would have liked to have spent her last hours at the park with her kids on a nice day, then taking a bubble bath and tucking into bed knowing she would gently slip away in her sleep. She deserved that option. Now others have it. Thank you to the legislators who pushed and voted for this bill and thank you to Governor Murphy for helping me fulfill a promise to my mom. 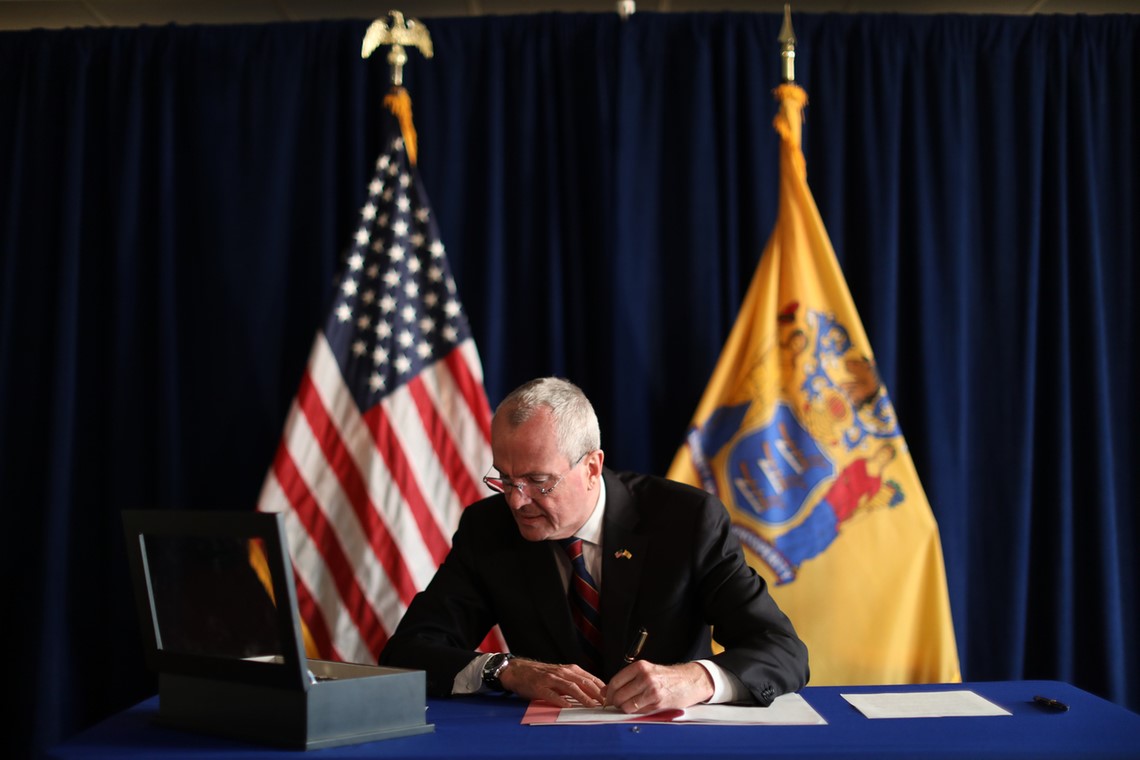 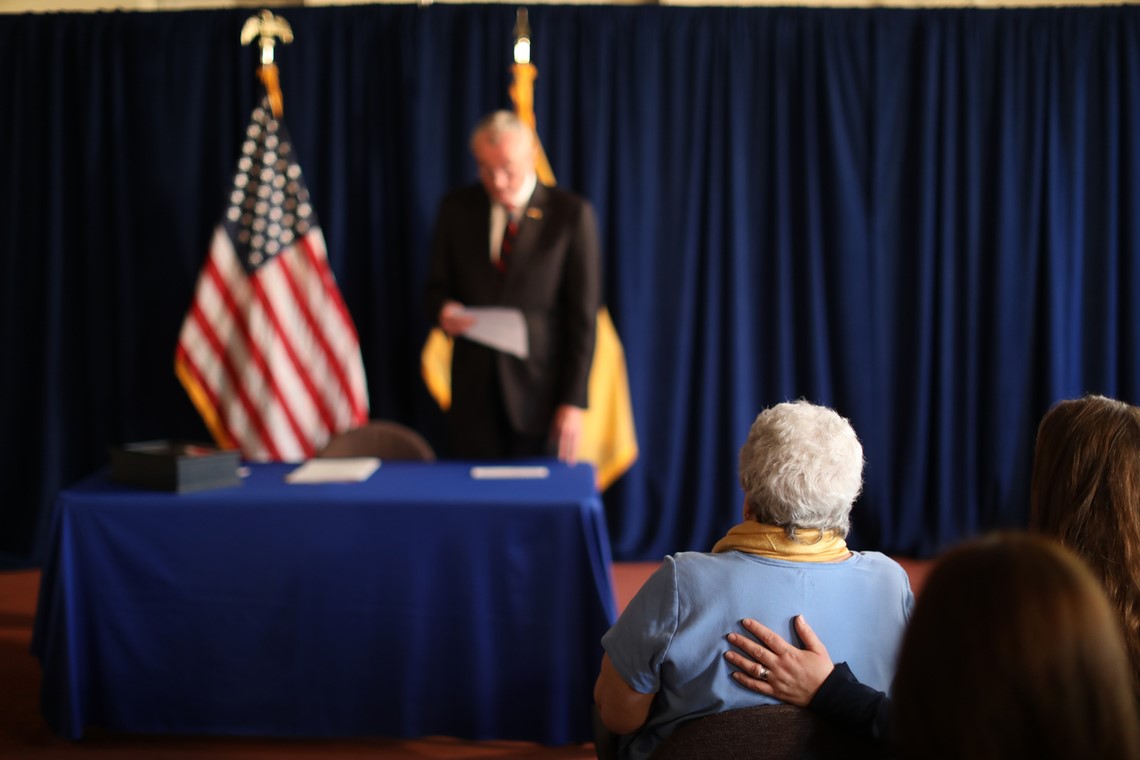 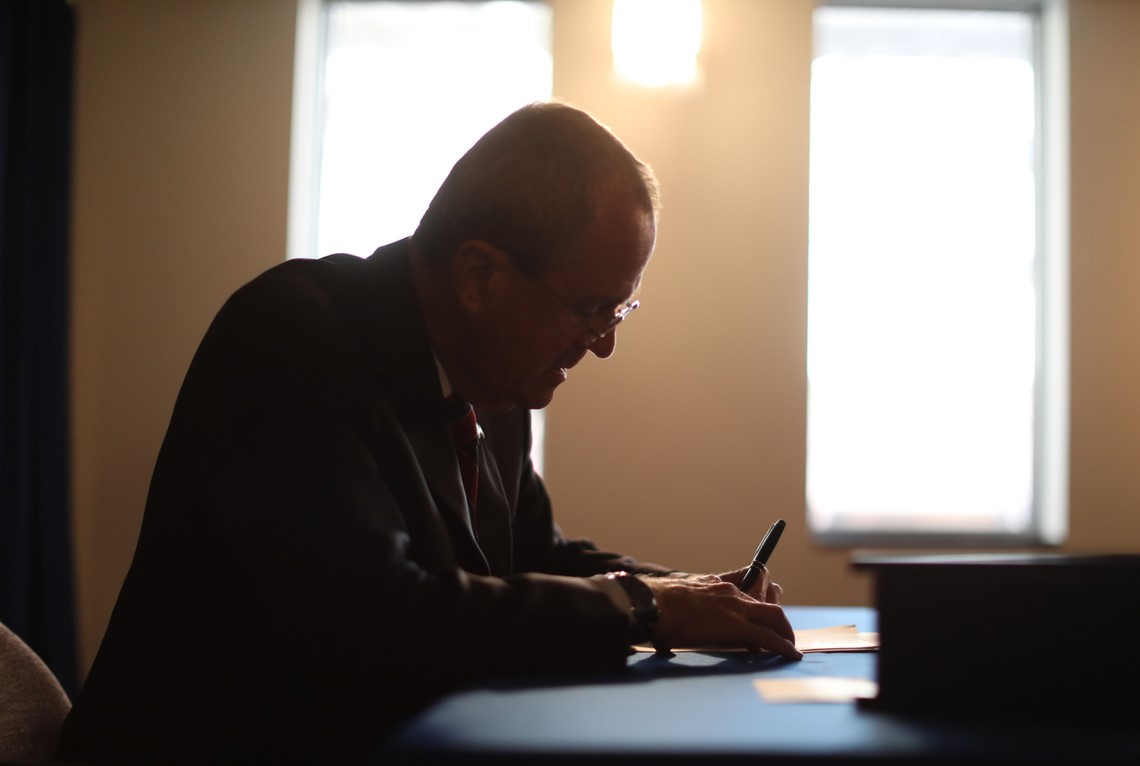