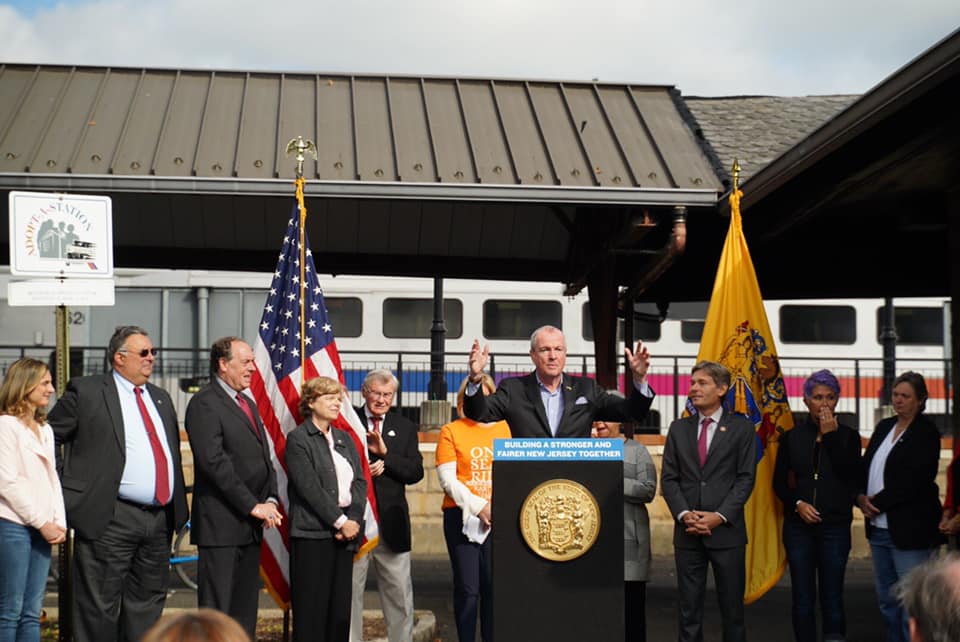 “After the Christie Administration left Positive Train Control implementation to languish on the backburner leading to service cuts on the Raritan Valley Line, our Administration has worked diligently to ensure that our commuters get the service and safety they deserve,” said Governor Murphy. “With NJ TRANSIT’s completion of an important phase of that project, RVL riders, who rely on NJ TRANSIT every day to get to and from work, have waited long enough for this service restoration. I’m proud to announce today that we will resume NJ TRANSIT’s off-peak, one-seat rides to NY Penn Station on the RVL and make good on our promise to provide more reliable service for customers in these communities.”

“It’s wrong that Raritan Valley line passengers had no one seat ride service to New York, despite the line having more daily riders than other New Jersey Transit lines whose trains go straight through to the city,” said Congressman Tom Malinowski. “The restoration of off-peak one seat ride service is a good step forward, and I’m grateful to Governor Murphy for working with my office, as well as with the Raritan Valley Line Mayor’s Alliance and the Raritan Valley Rail Coalition, to make it happen. We will keep pushing for rush hour service as well.”

“A modern, safe, and reliable mass transit system is the foundation our state needs to grow our economy and reclaim our historic role as the state of innovation,” said Governor Murphy. “The most forward-thinking organizations want to locate where both infrastructure and accessibility to capital markets and consumers are strong. These improvements announced today can help propel New Jersey to the top of any business leader’s list. The growing collaboration between Amtrak and NJ TRANSIT is a win-win for our commuters and our economic future.”

“Amtrak, Governor Murphy, and NJ TRANSIT are working together to keep our promises to the traveling public and provide an improved customer experience throughout New Jersey,” said Tony Coscia, Amtrak Chairman of the Board. “The start of these station projects reflects our joint commitment to our customers to improve our stations, infrastructure, and the safety of our customers.”

“Before I joined NJ TRANSIT in February 2018, NJ TRANSIT’s relationship with Amtrak was fractured, to say the least. I'm pleased to report that today our partnership with Amtrak is stronger than ever,” said NJ TRANSIT President and CEO Kevin Corbett. “With Governor Murphy’s support, we are proud to finalize a new agreement with Amtrak that has not only resulted in projects along the Northeast Corridor advancing far more smoothly, but ensures that Amtrak is investing those dollars in New Jersey infrastructure improvements to benefit NJ TRANSIT customers.” 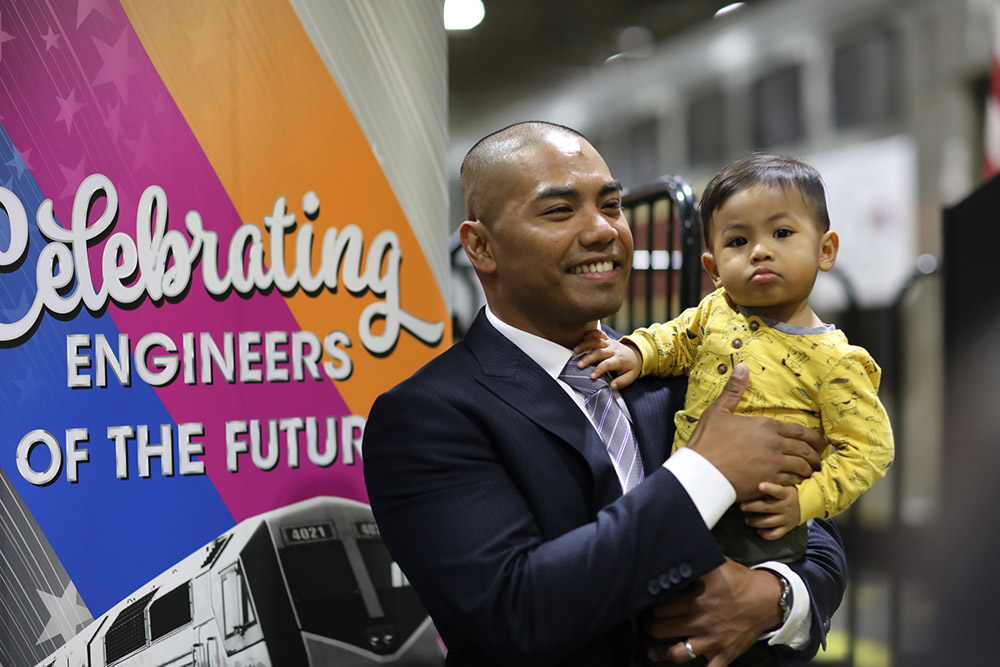 Governor Phil Murphy and NJ TRANSIT President and CEO Kevin Corbett recognized NJ TRANSIT’s latest locomotive engineer training class for completing their formal training. The class of seven trainees will be graduating in the upcoming weeks after they complete the final requirements and certifications necessary to become locomotive engineers with NJ TRANSIT.

“New Jersey’s future relies on a safe, properly staffed NJ TRANSIT,” said Governor Murphy. “The trainees here today are the critical pieces we need to get NJ TRANSIT working for commuters, our communities, and our state’s economy. I applaud each trainee and congratulate them on a new career that will help us restore NJ TRANSIT as the nation’s most efficient, effective, and safest mass transit system.” 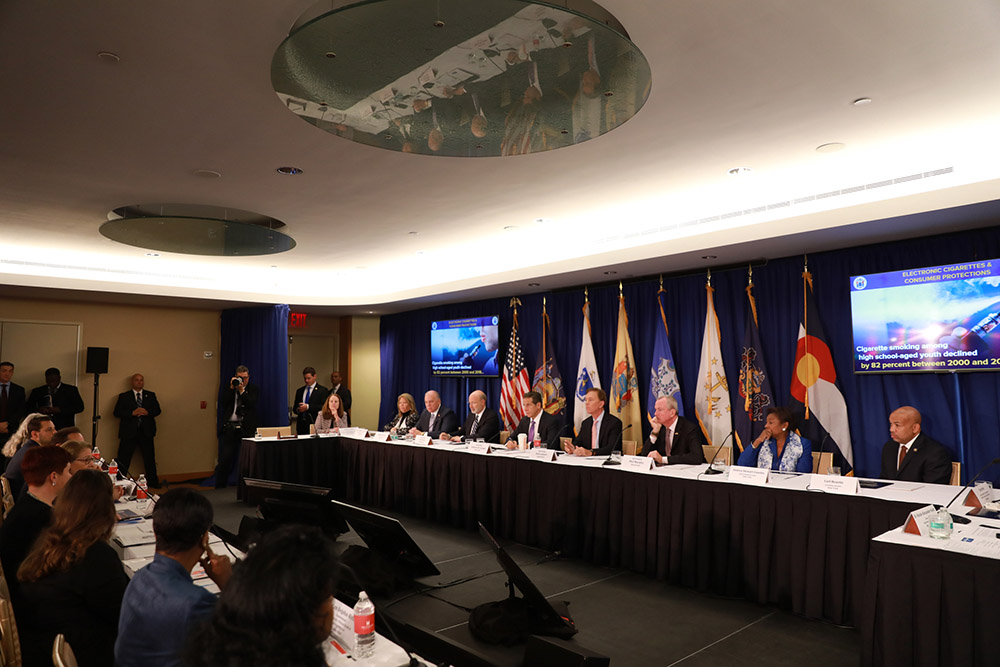 Governor Murphy said, “In New Jersey, we are committed to conquering the public health challenge of vaping and advancing marijuana legislation. These actions will be strengthened and magnified when we know there is a similar strategic approach in New York, Connecticut, Pennsylvania, and other states. Our impact is much greater when we break out of our own silos as individual states and collaborate on the tough issues plaguing our region and nation. Together, we can ensure that these challenges are met with thoughtful, comprehensive action for those who live and work in our region.” 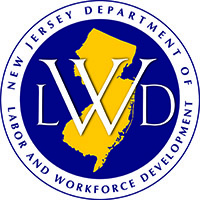 New Jersey’s unemployment rate continued its downward trend in September, moving lower for the sixth consecutive month, while job levels in the Garden State were essentially unchanged, according to estimates produced by the U.S. Bureau of Labor Statistics. The state’s unemployment rate edged lower by 0.1 of a percentage point to 3.1 percent – the lowest monthly rate since state-level records began in 1976 – and remained below the national unemployment rate of 3.5 percent. Total nonfarm wage and salary employment in the state decreased by 200 to a seasonally adjusted level of 4,197,200.