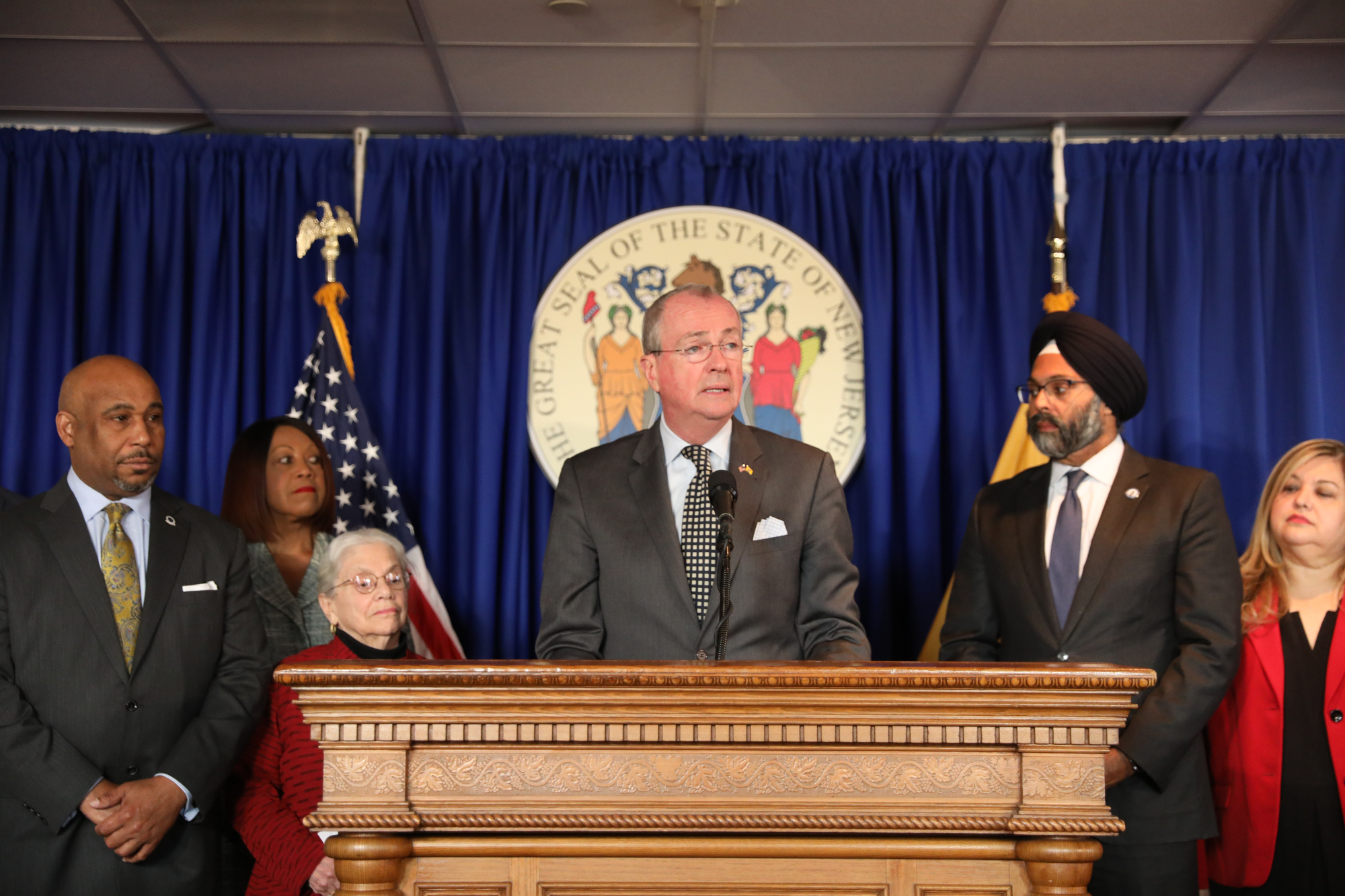 “The Commission’s comprehensive recommendations are a critical step toward eliminating the racial disparities in our criminal justice system and ensuring a system that works better for all communities,” said Governor Murphy. “The Commission’s release of a report with unanimous support from across the ideological spectrum is a landmark achievement. I look forward to working with my partners in the Legislature to ensure that these reforms become law as soon as possible.”

“I would like to thank Chief Justice Poritz and Jiles Ship for the leadership they gave to this Commission,” said Lieutenant Governor Sheila Oliver. “Justice is not always equal. What we are doing today in New Jersey with the leadership of the Governor, our legislative leaders, and everyone standing here, we are going to make the scales a little more equal.”

“The men and women on this commission and those who worked with us are extraordinary people. I thought I had retired but I was wrong,” said Deborah Poritz, Former Chief Justice of the New Jersey Supreme Court. “Every once in a while, there is an opportunity to work with a group of talented, dedicated people, to do something that will make in a difference in people’s lives.” 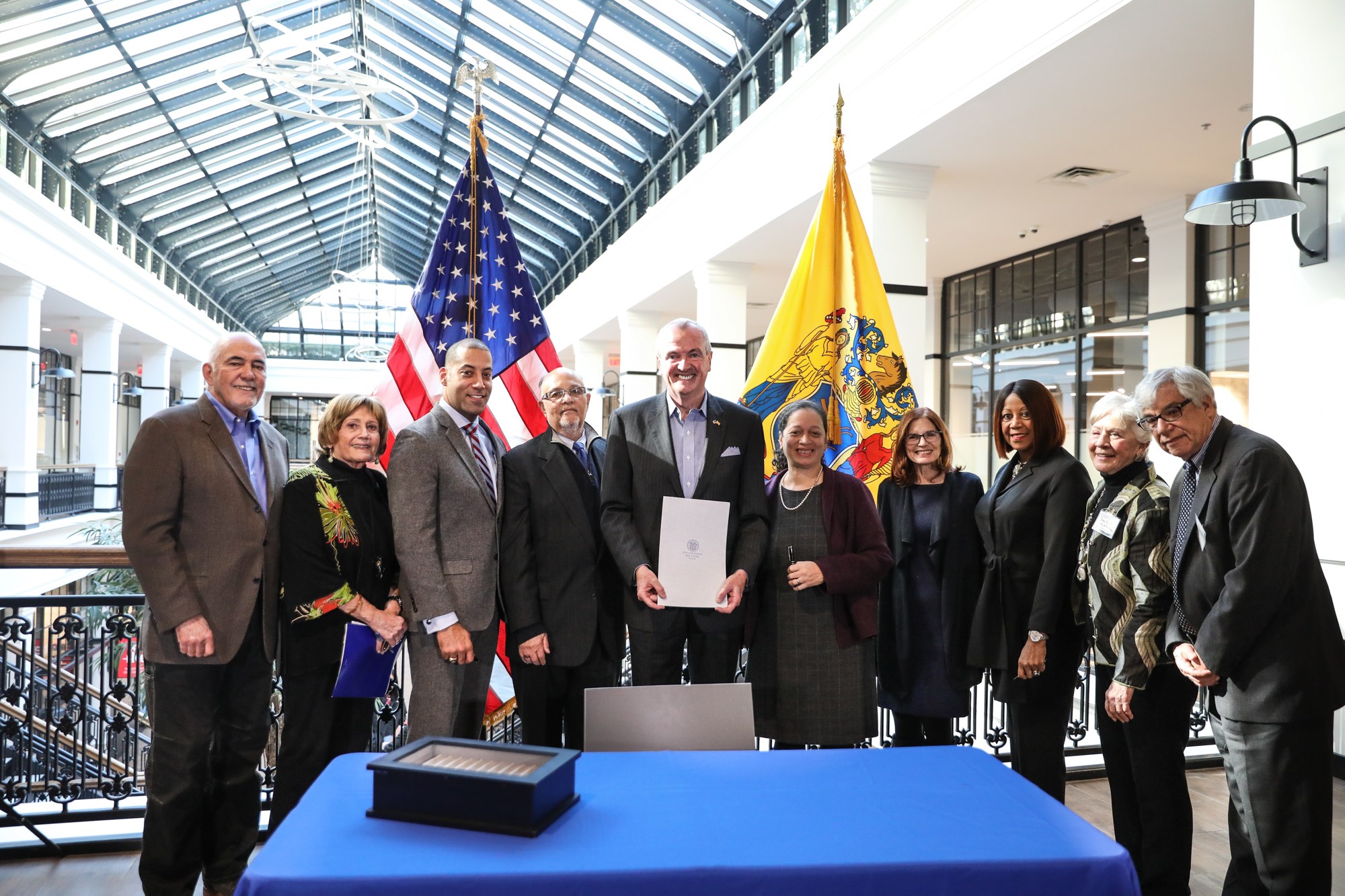 Governor Phil Murphy, surrounded by community and financial justice advocates, signed Executive Order No. 91 creating a Public Bank Implementation Board. The Board is tasked with developing an implementation plan for a public bank within one year.

“Leveraging state resources to provide greater access to capital for our communities, small businesses, municipalities, and students is an important component of building a financially inclusive New Jersey,” said Governor Murphy. “With the creation of this implementation board, I am proud to take the first step toward ensuring that our taxpayer dollars are invested here in New Jersey.”

"A public bank would expand access to capital that is needed to address New Jersey's most pressing and unmet needs in our state's most under-served communities,” said Phyllis Salowe-Kaye, Executive Director of New Jersey Citizen Action. “There are many socially beneficial projects that don't have adequate funding, including upgrades to public infrastructure, expanding affordable housing and neighborhood revitalization, reducing student loan debt, and providing micro-loans for small businesses. Today marks an important step towards making the public bank a reality. We look forward to working with Governor Murphy and our State Legislature towards establishing New Jersey's first public bank." 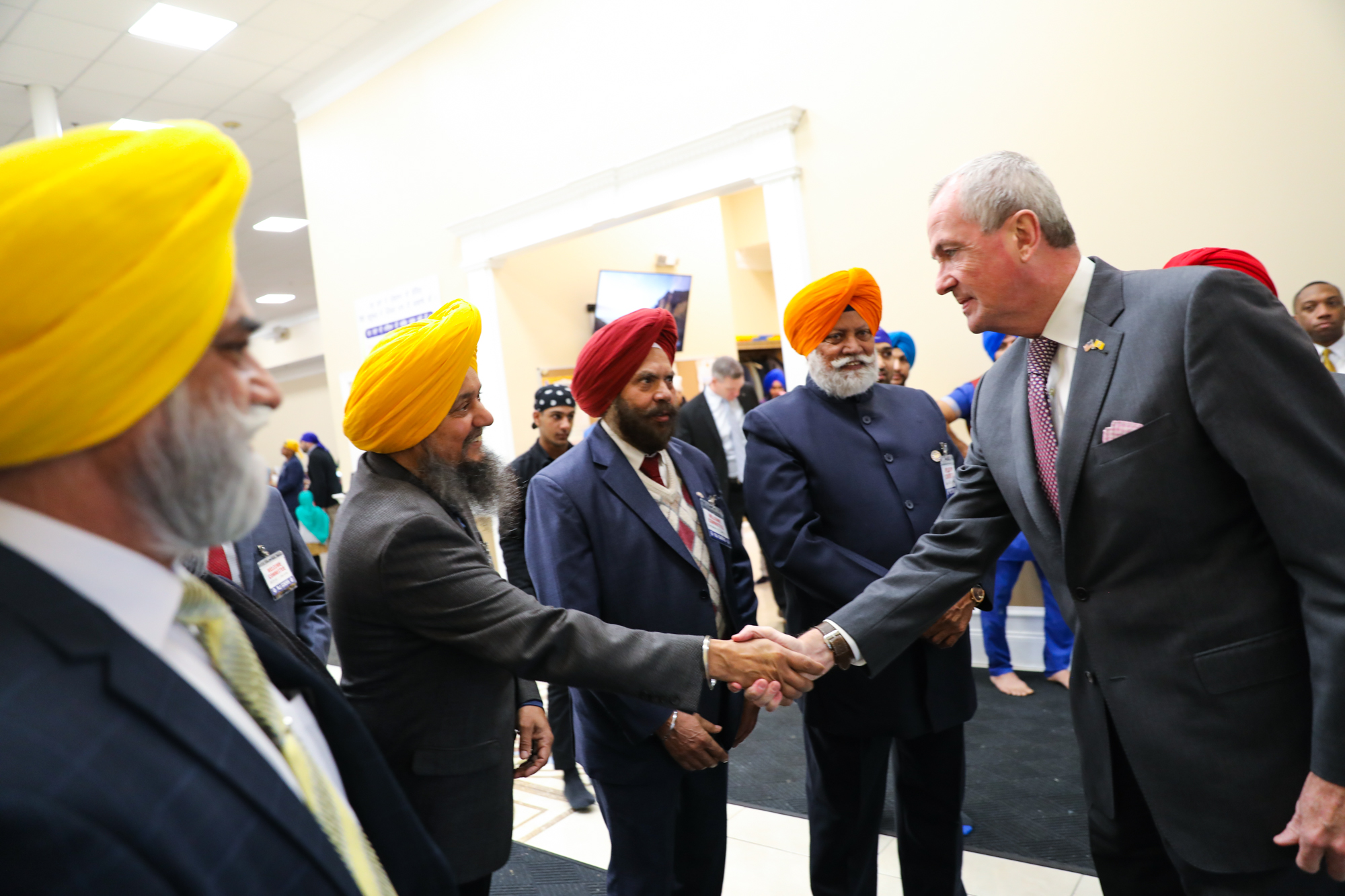 Governor Murphy visited Gurdwara Dashmesh Darbar and met with members of the Sikh community in New Jersey as they celebrated the 550th Birth Centennial Celebration of the founder of Sikhism, Guru Nanak. 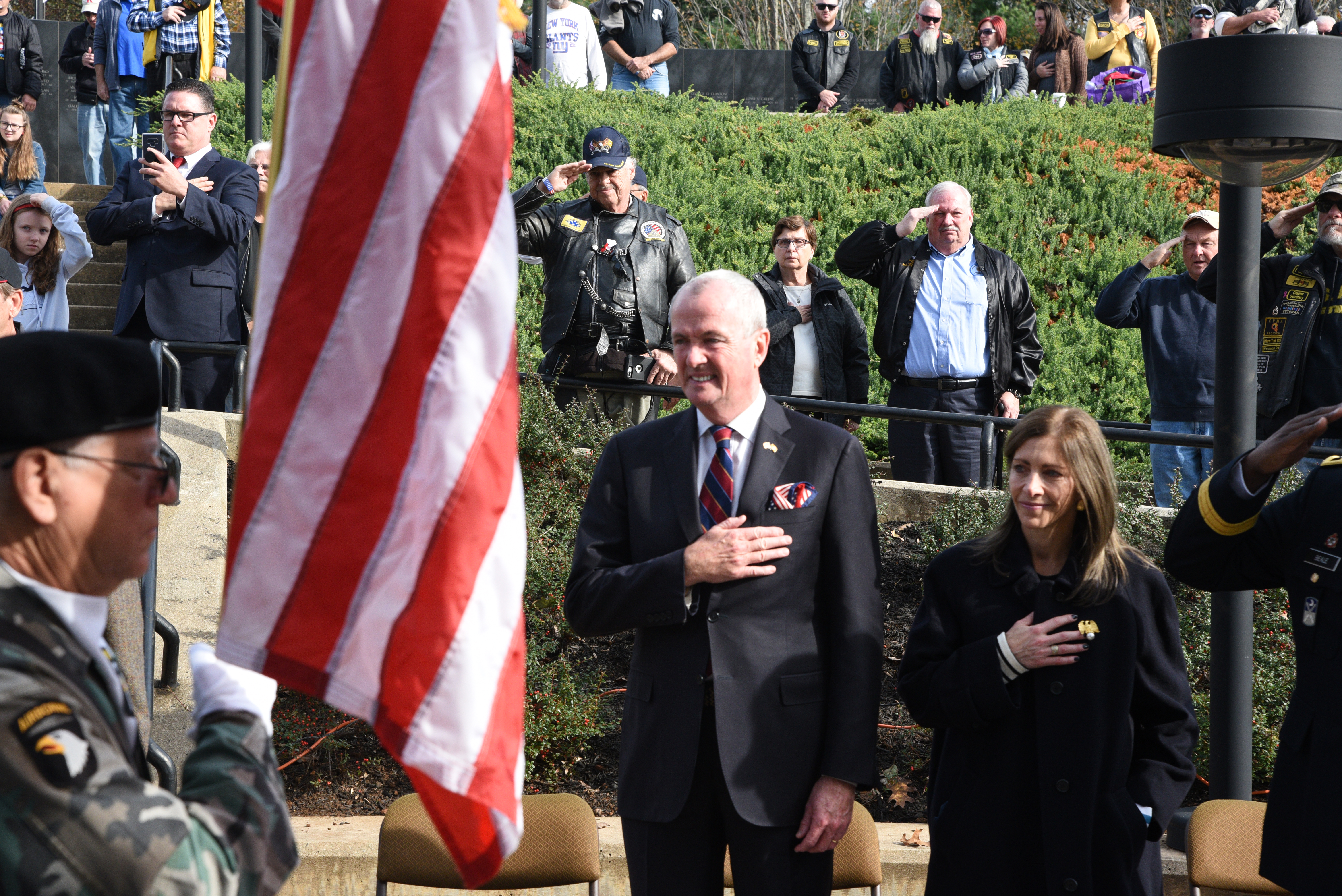 Governor Murphy and First Lady Tammy Murphy attended the official New Jersey Veterans Day Ceremony at the New Jersey Vietnam Veterans' Memorial in Holmdel. The Governor delivered remarks honoring veterans from all across the state for their service and their sacrifices for their fellow Americans. 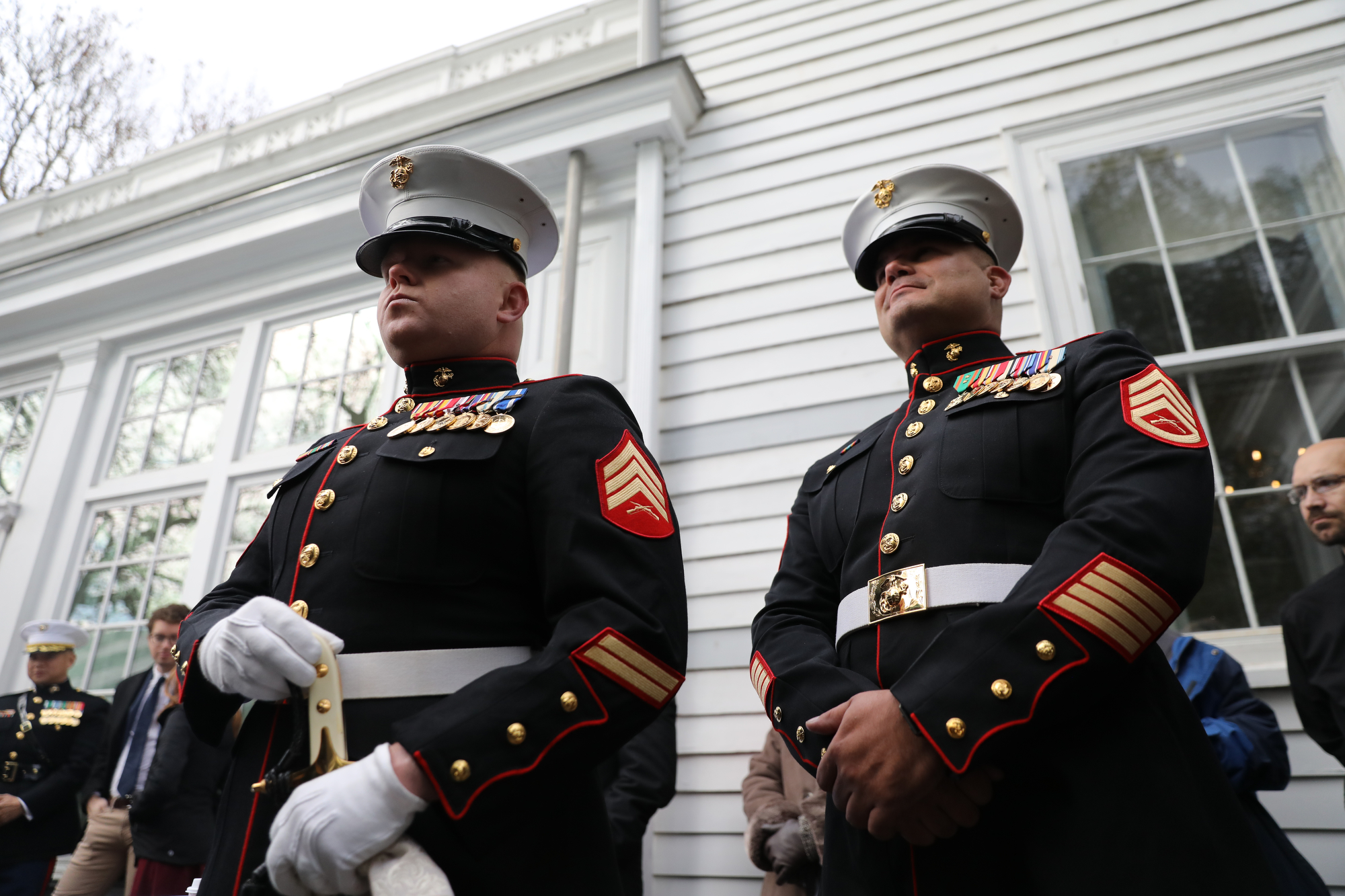