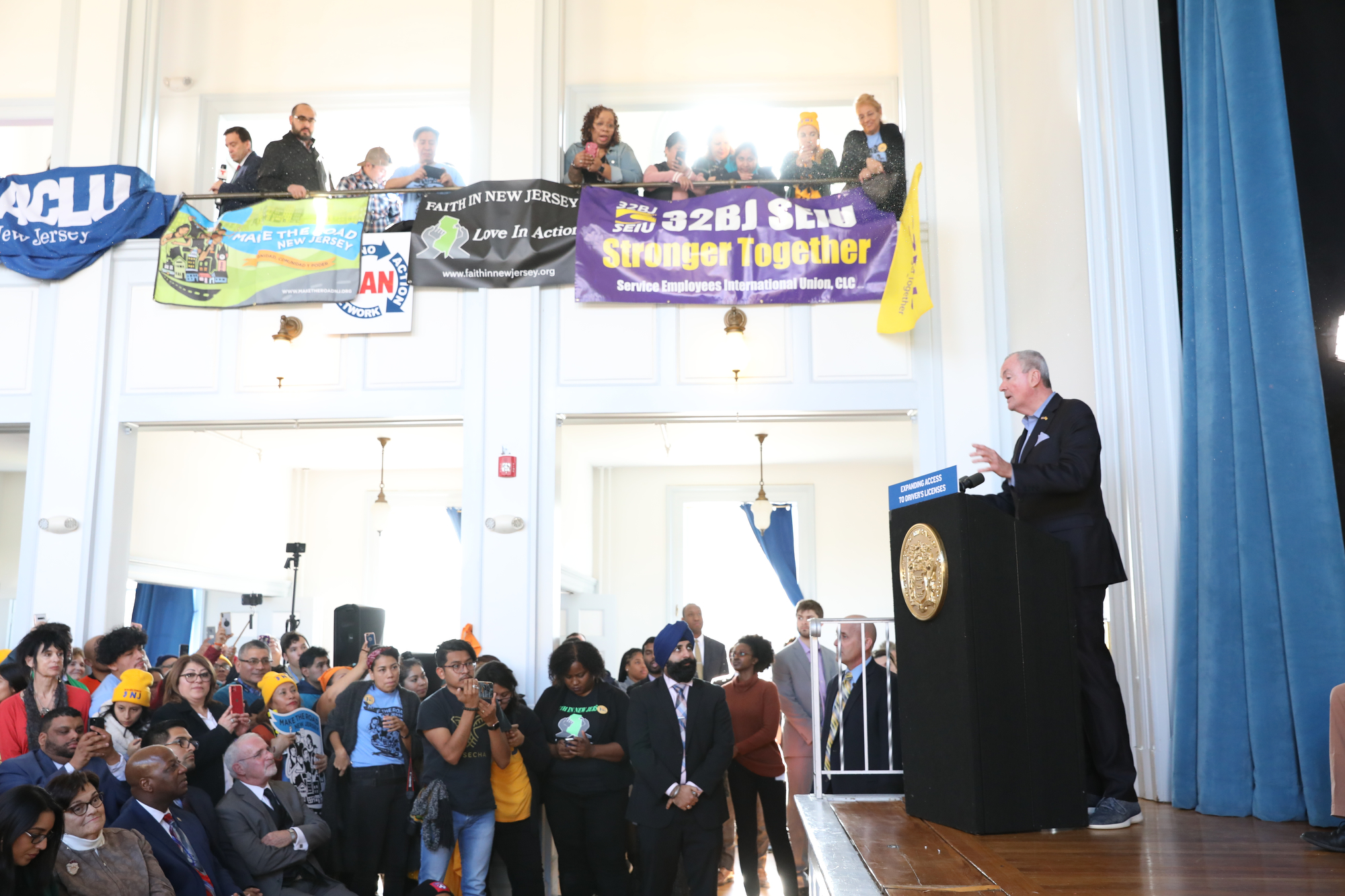 Governor Phil Murphy signed a new law (A4743) to expand access to driver’s licenses. The bill will give more New Jersey residents the opportunity to earn a license while decreasing the number of uninsured drivers on the road, improving roadway safety. New Jersey joins thirteen other states, including California, New York, and Utah, and the District of Columbia, in allowing residents to obtain driver’s licenses regardless of immigration status.

“Expanding access to driver’s licenses is critical for the safety of New Jerseyans and a step toward building a stronger and fairer New Jersey for all,” said Governor Murphy. “Allowing residents the opportunity to obtain driver’s licenses regardless of their immigration status will decrease the number of uninsured drivers and increase safety on our roads. I thank my partners in the Legislature for sending this important bill to my desk.”
“This law allows hundreds of thousands of immigrants on our roads to be trained, tested, licensed and insured,’’ said Motor Vehicle Commission Chief Administrator Sue Fulton. “Those who pass our driver testing and meet our strict identity requirements will be able to drive to work, school, doctor’s appointments, and other activities, without risking the break-up of their families.’’

"Studies have shown that similar legislation in other states has had positive results for public and highway traffic safety and we look forward to similar benefits here in New Jersey," said New Jersey State Police Superintendent Colonel Patrick Callahan. 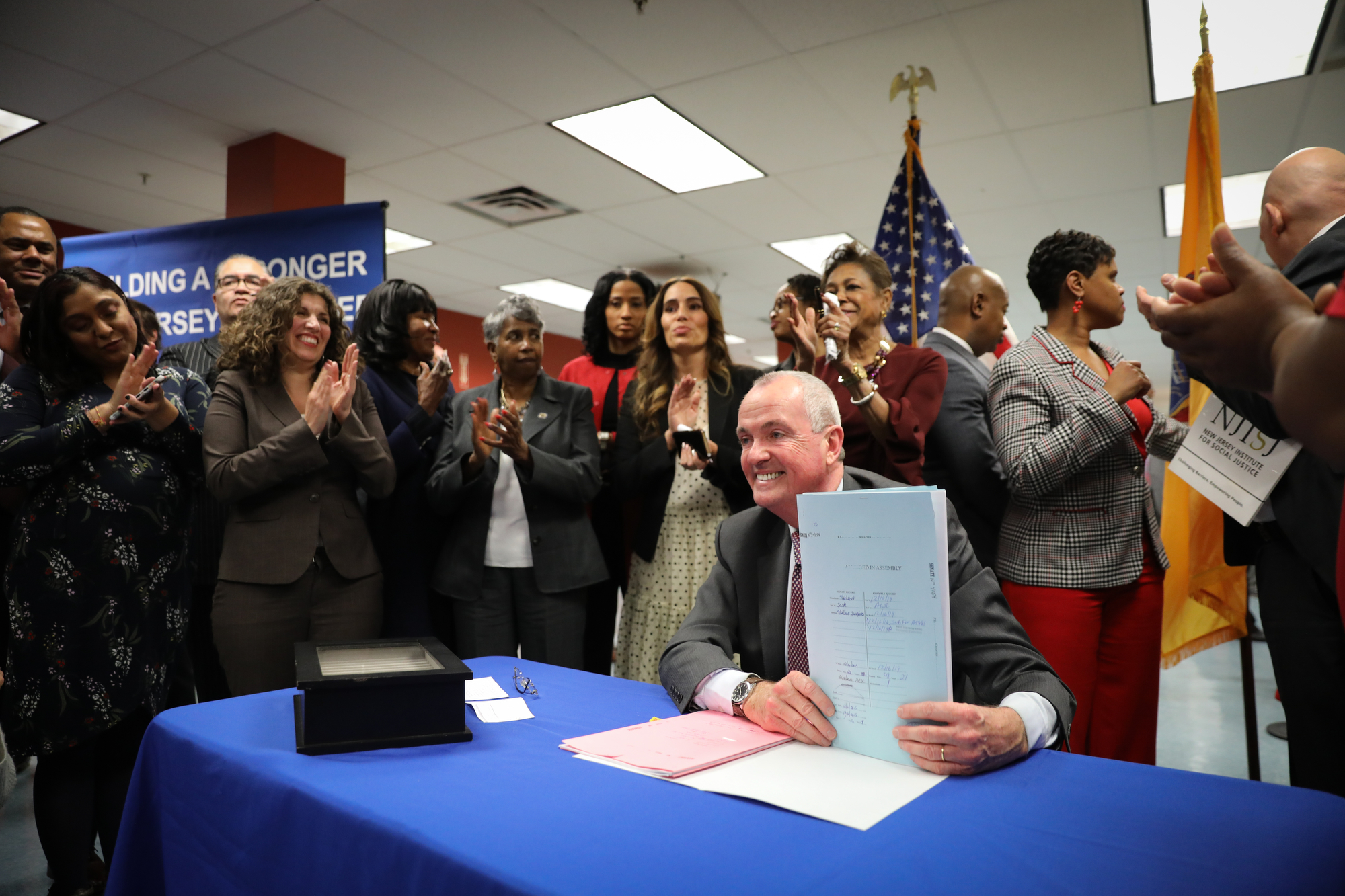 Governor Phil Murphy signed two major pieces of legislation to reform New Jersey’s criminal justice system as part of his Second Chance Agenda. The bills, which will reform New Jersey’s expungement process to be one of the most progressive in the nation and restore voting rights to those on probation or parole, will help give individuals entangled in the criminal justice system the opportunity to fully participate in our society and democracy.

“Our Administration is deeply committed to transforming our criminal justice system, and today we are taking a historic step to give residents impacted by that system a second chance,” said Governor Murphy. “I am proud to sign one of the most progressive expungement laws in the nation, which will allow more New Jerseyans the opportunity to fully engage in our society. I am also proud to enact legislation that will restore voting rights to over 80,000 residents on probation or parole, allowing them to fully participate in our democracy.”

“Fixing our broken criminal justice system remains one of the most challenging issues plaguing our nation. Formerly incarcerated individuals continue to face overwhelming obstacles as they rejoin their communities,” said U.S. Senator Cory Booker. “It’s often difficult to obtain jobs and housing and many have lost their right to vote. These measures signed today by Governor Murphy will help restore fairness to the criminal justice system and remove some of the fundamental barriers to re-entry. I’m grateful to the State Legislators who sponsored these measures and to Governor Murphy for helping make New Jersey a nationwide leader in bold criminal justice reform.”

Governor Phil Murphy signed S3945, also known as the "Create a Respectful and Open Workplace for Natural Hair Act" (CROWN Act), which clarifies that prohibited race discrimination includes discrimination on the basis of “traits historically associated with race, including, but not limited to, hair texture, hair type, and protective hairstyles.”

“Race-based discrimination will not be tolerated in the State of New Jersey.” said Governor Murphy. “No one should be made to feel uncomfortable or be discriminated against because of their natural hair. I am proud to sign this law in order to help ensure that all New Jersey residents can go to work, school, or participate in athletic events with dignity."

“I’m grateful to Governor Murphy for signing this important legislation and applaud Senator Sandra B. Cunningham and Assemblywoman Angela McKnight, who led the CROWN Act and Crown Coalition advocate Adjoa B. Asamoah, who worked tirelessly to end the implicit and explicit biases against natural hair,” said U.S. Senator Cory Booker. “Discrimination against black hair is discrimination against black people and no one should be denied a job, an education, or face discrimination because of their hairstyle.” 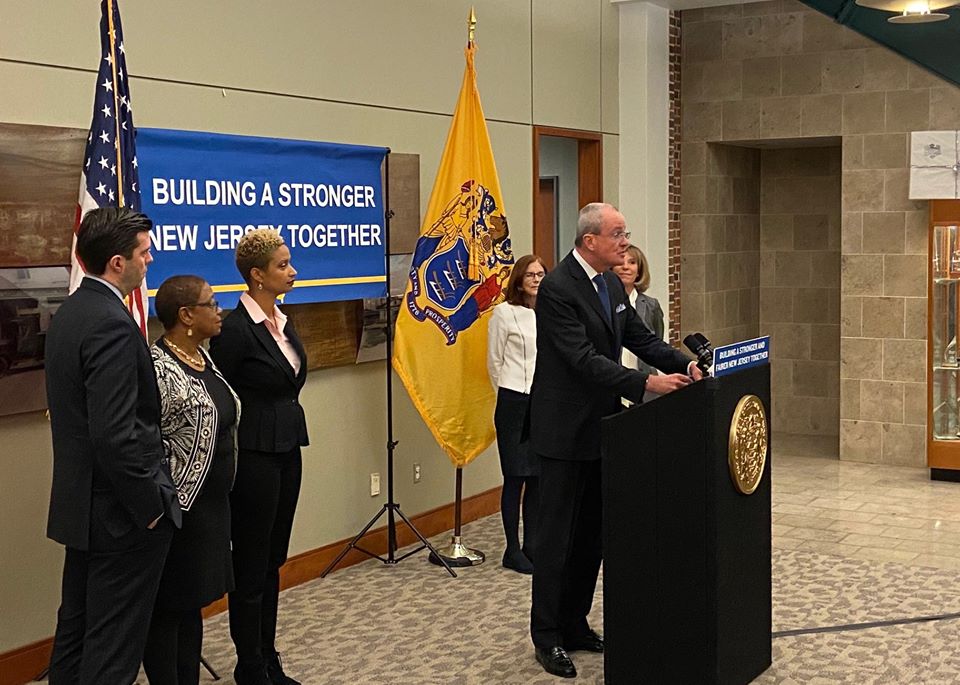 Governor Phil Murphy today announced his intention to appoint four new members to the New Jersey Economic Development Authority (EDA) Board of Directors. The Governor will officially appoint the four new members as board vacancies occur.

“Over the past two years, our Administration has turned the page on a system where political connections and closed-door deals took precedence over the need to grow our economy and provide a sound return on investment for our taxpayers,” said Governor Murphy. “I am thrilled to announce my intent to appoint four new members that will bring a wide array of experience and talent to the EDA Board to help strengthen not just the businesses that grow and prosper here, but also the communities in which they reside.”

The new members announced today follow the appointment of Kevin Quinn as Board Chair on April 26th of this year. Upon any vacancies to the current Board of Directors, the Governor will appoint the following members. Vacancies on the board will begin on December 21st of this year when three Board members’ terms are set to expire.

“The Innovation ENJINE Challenge is all about tapping the experience and expertise of the State’s talented public servants to help advance our efforts to make New Jersey the State of Innovation,” said Governor Murphy. “I applaud the creativity, thoughtfulness, and dedication of the thousands of State government workers who participated in this competition, and I look forward to seeing the impact that these proposed innovations will have on our State.”

“By advancing public entrepreneurship in the Garden State, we’re cultivating our ability as a State to deliver better solutions to public problems in new and innovative ways,” said New Jersey State Chief Innovation Officer Beth Simone Noveck, whose office oversaw the challenge. “I’m excited to work with these committed public entrepreneurs to help bring these plans to fruition and improve the effectiveness and efficiency of New Jersey State government.