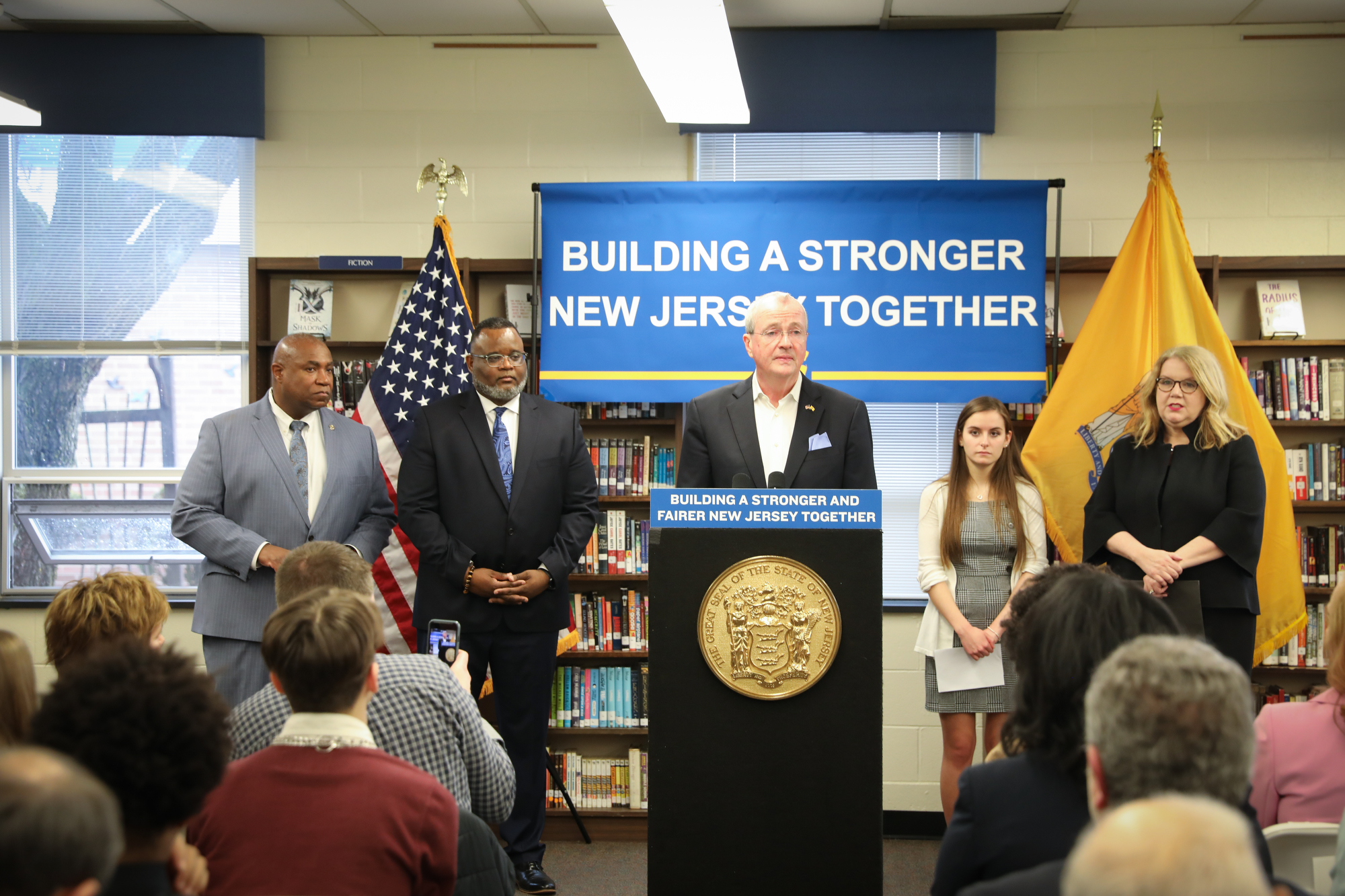 Recognizing the widespread and increasing mental health needs of our young people, Governor Phil Murphy announced new initiatives through our schools and institutions of higher education to support youth mental health. The Department of Human Services will work in partnership with the National Council of Behavioral Health  to conduct statewide Mental Health First Aid trainings for school personnel from K-12 and higher education institutions, and the Department of Education will lead a statewide youth mental health working group that will develop resources, including best practices for school and mental health provider connections to support student needs.

The Administration’s new initiatives are a comprehensive response to a challenging reality: one in five Americans have a mental illness and many are reluctant to reach out for help or do not know where to get help. Suicide was the second-leading cause of death among 15 to 24-year-olds, and more than one in four students report feeling persistently sad or hopeless.

“Our mental health is just as important as our physical health, but as a society we are often unfamiliar with the signs and symptoms of mental illness,” said Governor Murphy. “With improved training for school and higher education personnel and better opportunities for school and provider connections, we can better address and support the mental health needs of our young people. We are committed to ensuring that our residents have access to the resources they need to thrive and succeed in life.” 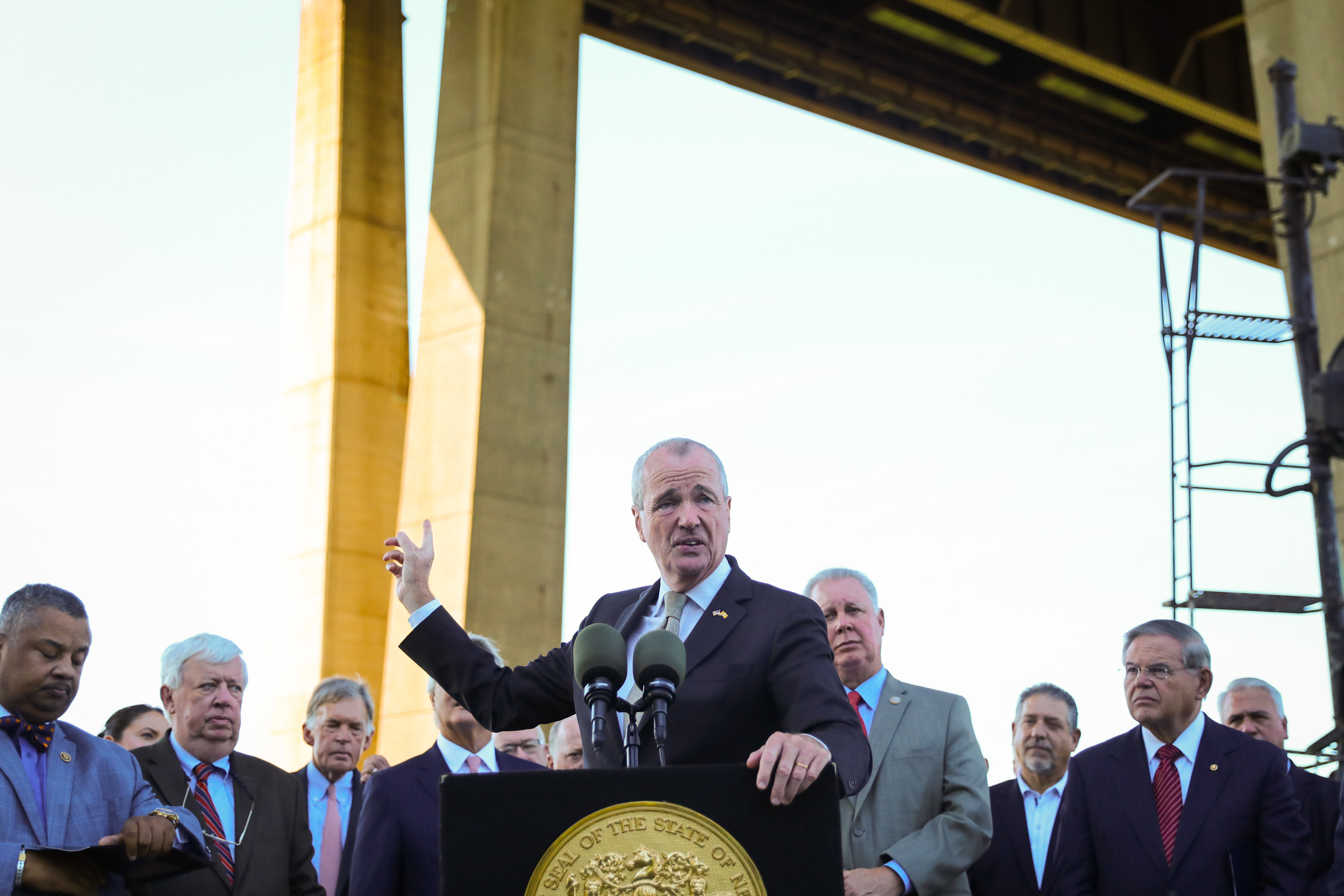 The United State Department of Transportation (USDOT) improved the rating of the Portal North Bridge Project, making it eligible for federal funding that will enable the completion of the crucial project.

“From day one, my administration has worked closely with our congressional delegation and Secretary Chao’s team to enhance this critical project that cannot wait another day — we have committed the entirety of New Jersey’s local share in the form of $600 million in EDA bonds, completed critical early construction work and developed shovel-ready plans for major construction," said Governor Murphy. "Today’s decision by USDOT puts us one step closer toward our ultimate goal: replacing this unreliable, century-old bridge and reducing delays for NJ TRANSIT customers. New Jersey remains ready and willing to work cooperatively as a full partner to ensure that this project, which affects the commutes of tens of thousands of our residents daily, is completed as expeditiously as possible.” 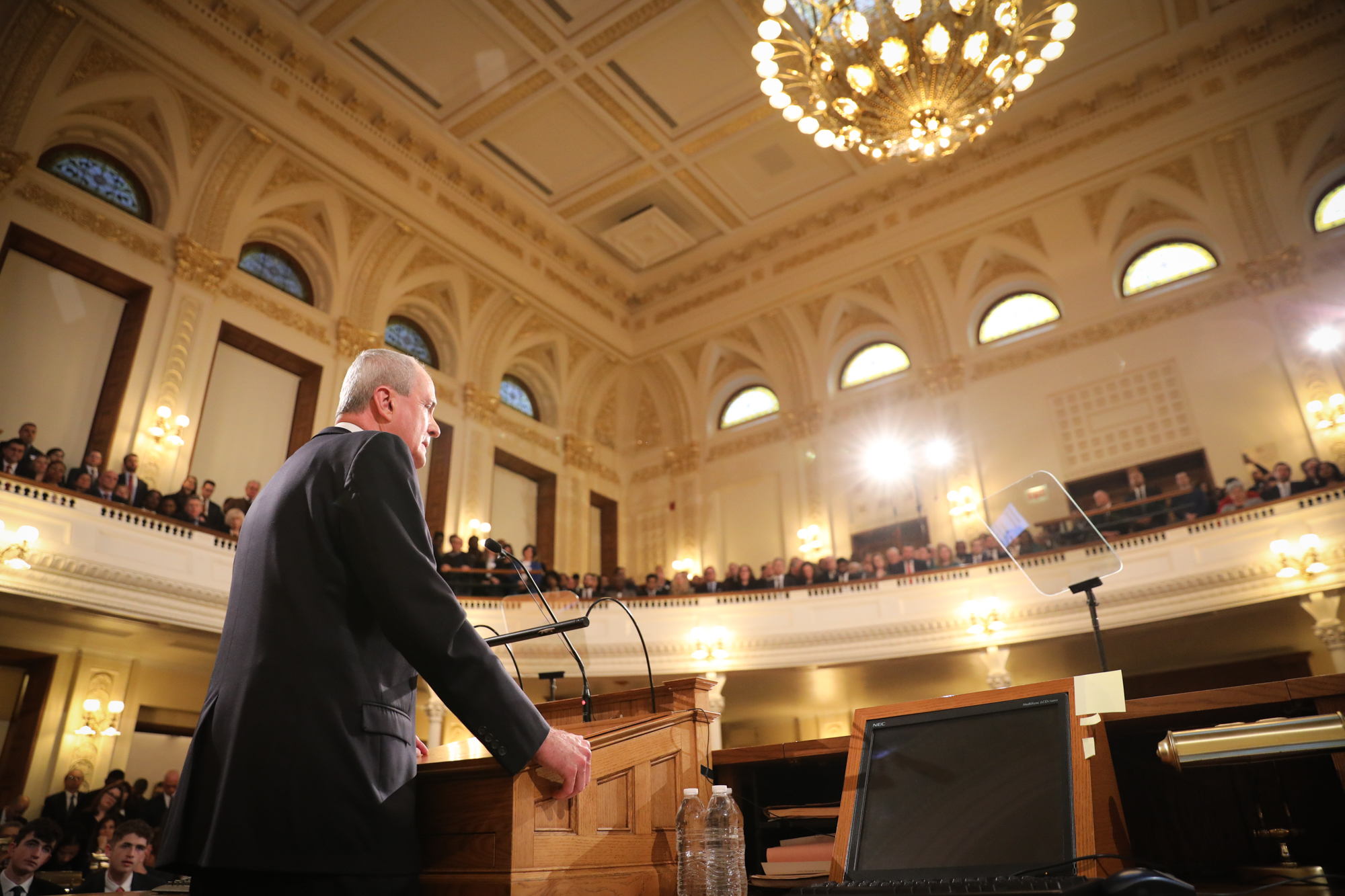 As part of the commitment Governor Phil Murphy made during his State of the State address in January to changing the culture of Trenton and promoting equity for all employees, the Governor announced that the State of New Jersey will be reevaluating current workplace standards and trainings. The aim of this initiative is to ensure the broadest scope of workplace protections possible for the broadest number of state employees, with the end goal of ensuring inclusion and equity for all regardless of sex, race, or gender identity.

“As I have said previously, I am committed to making real, positive, and long-lasting changes to address the culture in Trenton, particularly around reports of the unacceptable treatment of women,” said Governor Murphy. “I have said time and time again that my goal is to make New Jersey stronger and fairer for everyone. Make no mistake: I believe that a more respectful culture for women in our state is a moral imperative. Getting to the root causes and dismantling a system that has existed for far too long won't be easy, but today’s announcement is the most recent example of my Administration taking meaningful steps in the right direction.”

“I have spent the entirety of my career in public service working to support the intrinsic dignity of all people, including in the workplace. People should be able to make a living and engage in meaningful work without being harassed or disrespected because of their race, gender, creed, nationality, or religion. That is why I stand with Governor Murphy on this important workplace reform initiative,” said Lt. Governor Sheila Y. Oliver. “While this initiative is for state government, it is my hope that the protections and training we put in place extend beyond state agencies and inspire meaningful change at workplaces throughout New Jersey.” 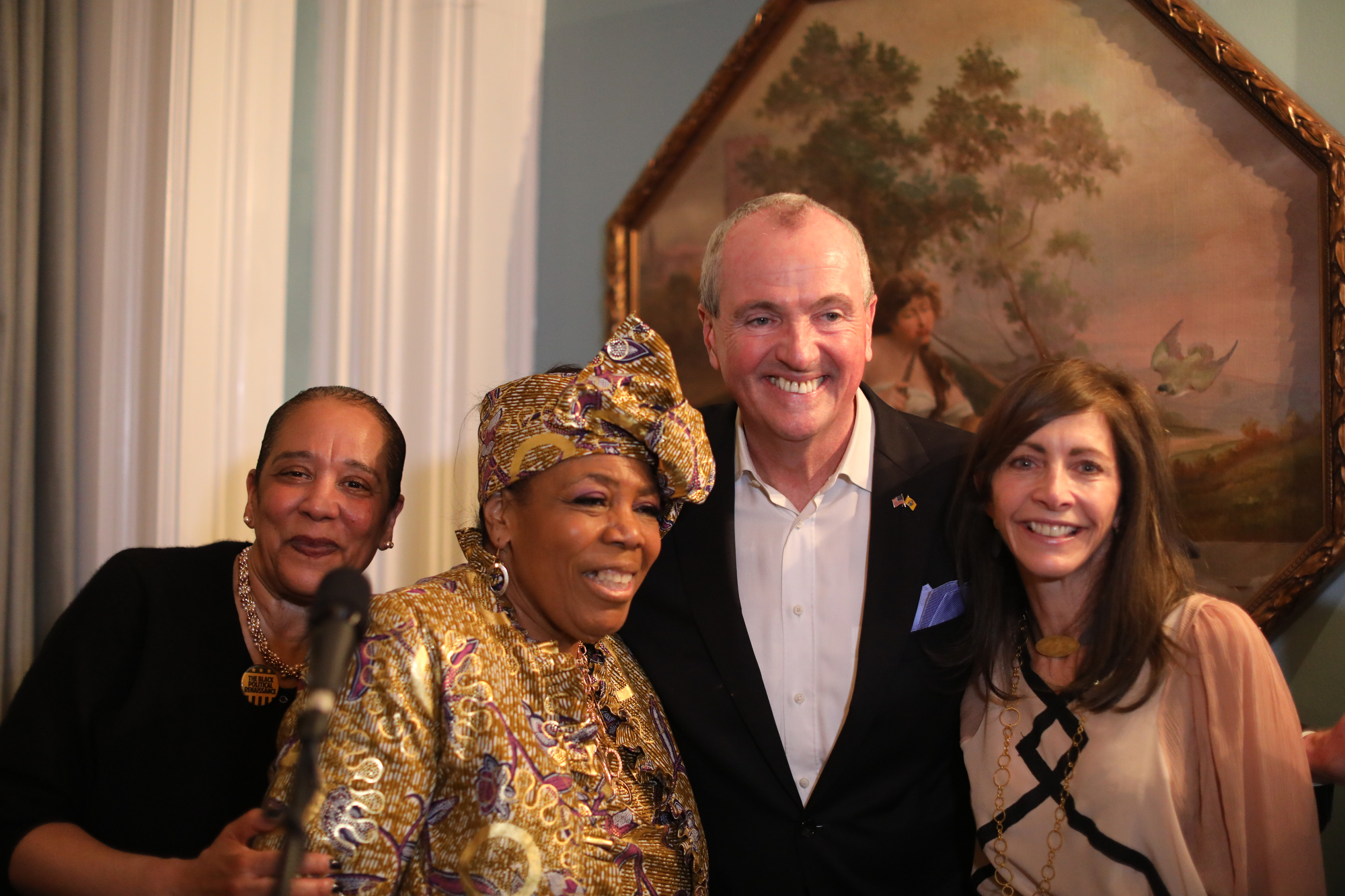 Governor Murphy and First Lady Tammy Murphy hosted African-American community leaders, advocates, and others at Drumthwacket for a celebration of Black History Month. 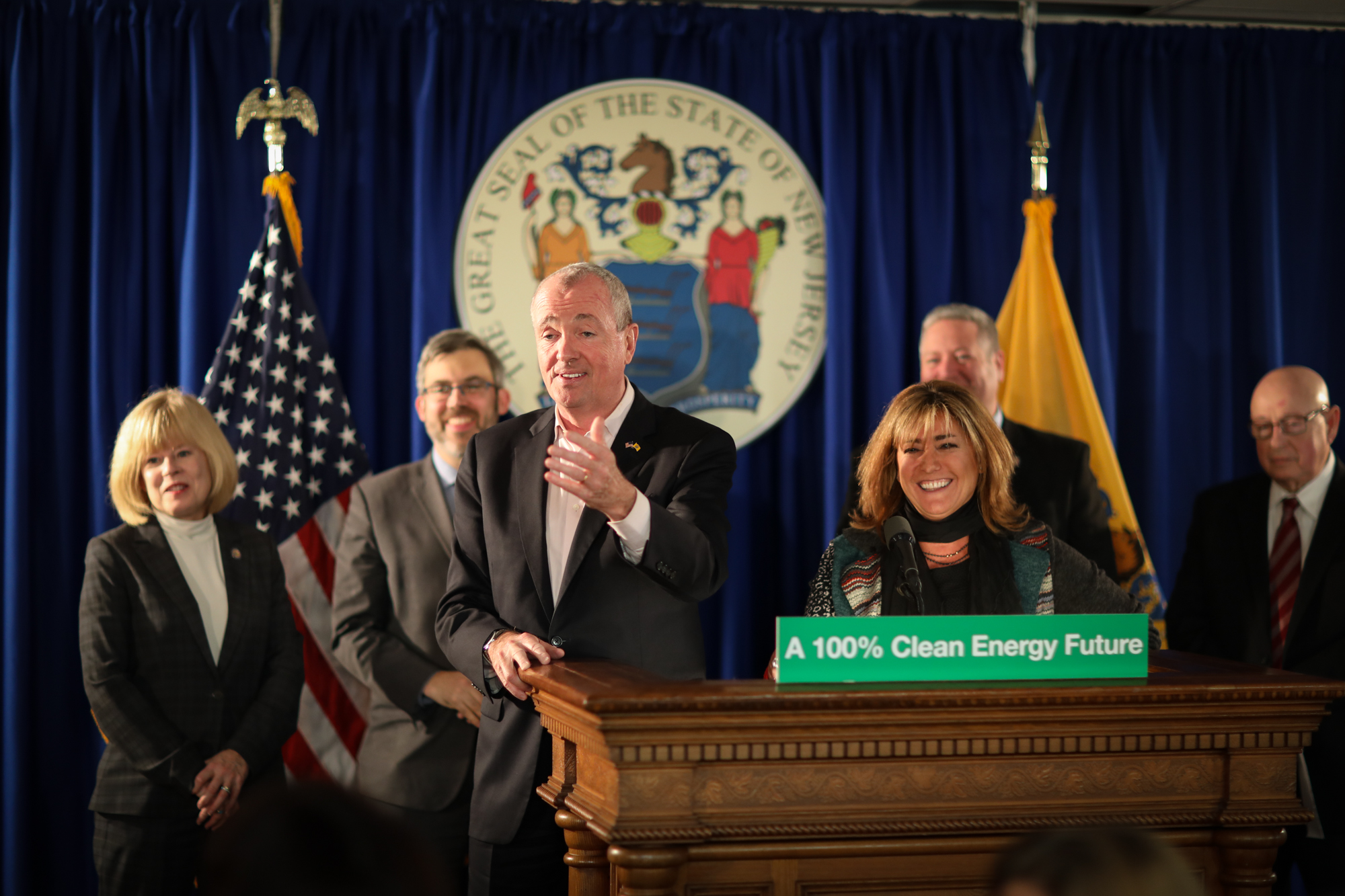 Governor Phil Murphy  announced that the electric vehicle (EV) incentive legislation signed into law three weeks ago became effective on January 17, 2020, the day the bill was signed. Vehicle owners who purchased eligible electric vehicles starting on January 17 are eligible for the rebate. The New Jersey Board of Public Utilities has engaged the Center for Sustainable Energy to assist in developing and administering New Jersey’s EV incentive program, including the full application details. Additional information regarding how to receive the rebate will be provided as the program is developed.

"Three weeks ago, I signed bipartisan legislation to increase the use of electric vehicles as a critical component of reducing greenhouse gas emissions in New Jersey," said Governor Murphy. "The immediate and enthusiastic public response shows how eager New Jerseyans are to join this clean energy transportation revolution and I'm pleased to affirm that the rebate became effective on January 17, 2020, the day the bill was signed."