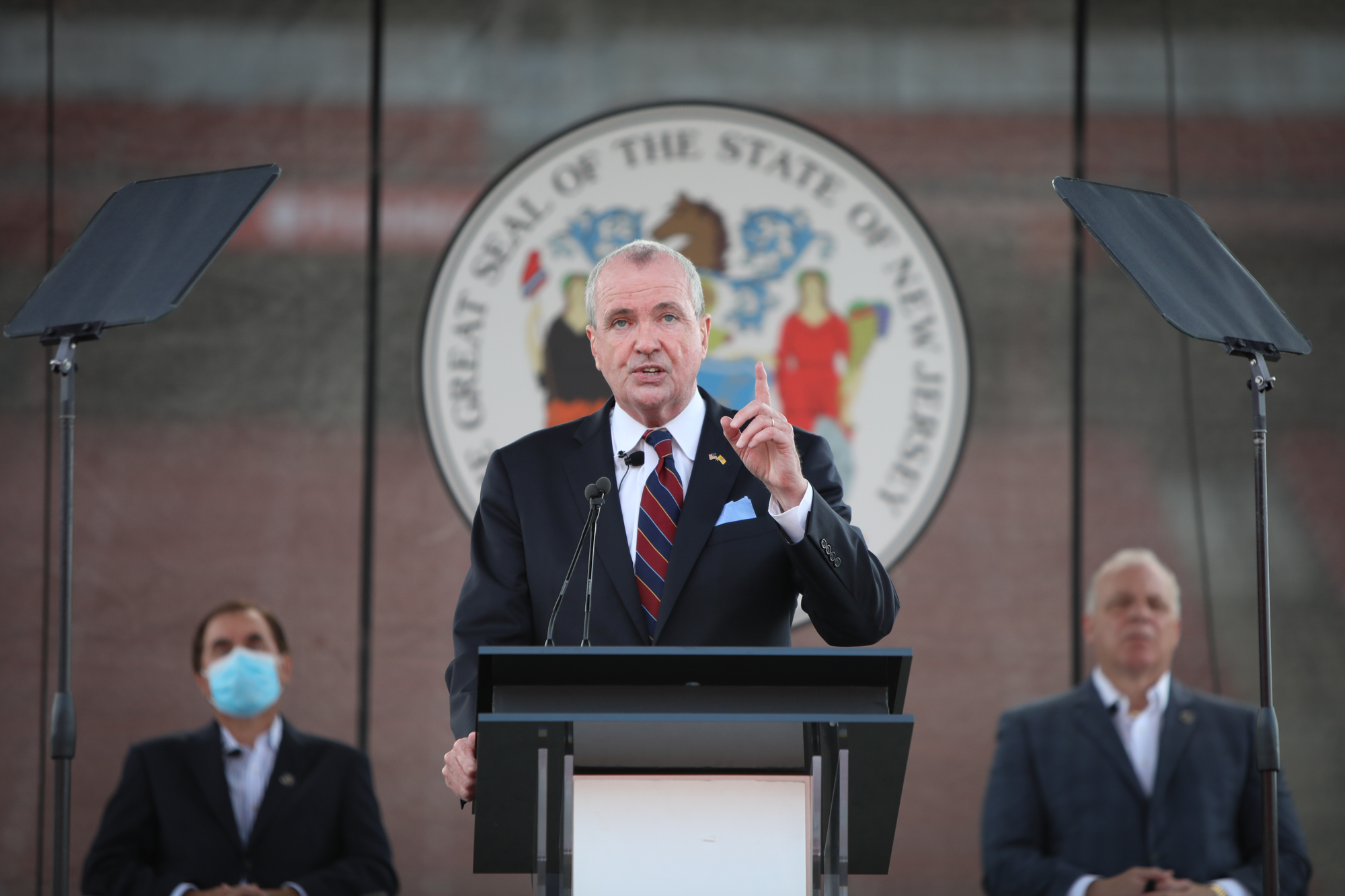 Governor Phil Murphy released his revised budget proposal for Fiscal Year 2021 (FY 2021), including targeted cuts across State government, fair and equitable revenue raisers, an emergency borrowing proposal, and additional plans to invest federal funding received to date to help close what would have been a nearly $6 billion budget hole as a result of the COVID-19 pandemic.

“Besides setting off an unprecedented public health crisis, the COVID-19 pandemic also unleashed an economic crisis that can only be rivaled by two other times in our state’s entire 244-year history – the Great Depression and the Civil War,” said Governor Murphy. “Over the past few months, we have learned hard lessons, but also important lessons: that the old answers won't fix the new problems and that the old status quo didn't work for too many New Jerseyans.  We must now have the unavoidable conversation about what it means to not only see our state through this emergency, but what we will look like when we emerge from it.”

“This budget proposal is not simply about getting New Jersey back to where it used to be, but moving forward to where we need to be by building a new economy that grows our middle class and works for every single family, while asking the wealthiest among us to pay their fair share in taxes,” said Governor Murphy.

The revised budget was proposed six months to the day after the Governor originally laid out his FY 2021 budget proposal.  Since then, COVID-19 has ravaged New Jersey from both a public health and an economic standpoint, prompting the State to move important April tax filing deadlines to July and extend the fiscal year from the traditional June 30th ending to September 30th.   As a result, the revised budget addresses spending for only the nine-month period from October 1, 2020 through June 30, 2021. 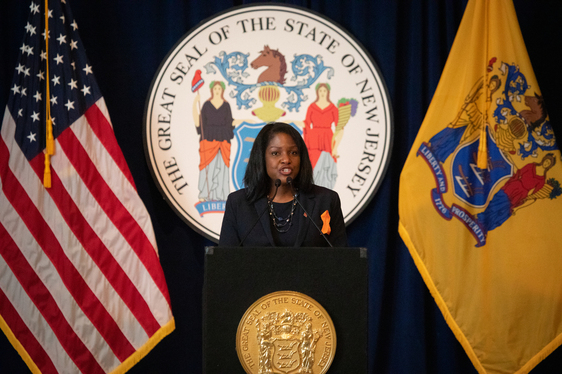 Fabiana Pierre-Louis, nominated by Governor Murphy in June, was unanimously confirmed as a new justice on the New Jersey Supreme Court, replacing Justice Walter Timpone. Her historical confirmation makes the first Black woman to serve on the Supreme Court.

In a statement, Governor Murphy said:

“I’m incredibly proud that the Senate has unanimously confirmed Fabiana Pierre-Louis as the next Associate Justice to serve on New Jersey’s Supreme Court. Fabiana is an exceptionally talented attorney, and will now have the historic distinction of becoming the first Black woman to be seated on our state’s highest court. I am honored to have put her name forward, and to see someone with a different set of life experiences and perspectives on our Supreme Court, a judicial body where New Jerseyans from all walks of life turn for justice. I also thank Senate President Sweeney and Chairman Scutari for their support and conducting a thorough, fair, and open confirmation process.” 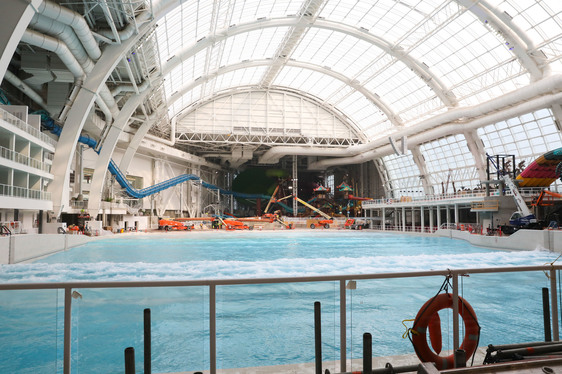 Governor Phil Murphy signed Executive Order No. 181, which permits gyms and health clubs, as well as amusement and water parks, to reopen their indoor premises to the public on Tuesday, September 1 at 6:00 a.m., provided these facilities comply with the health and safety standards issued by the Department of Health.

“Gyms are among the most-challenging indoor environments to prevent the transmission of COVID-19,” said Governor Murphy. “Given where we are in this fight and the overwhelming personal responsibility demonstrated by gym owners and gym members over the past several months, we can confidently take this important step on our road back.”

“Exercise is very important for the body and the mind, but it needs to be done in a healthy environment to protect not only those in the facility, but the community at large,“ said Health Commissioner Judith Persichilli. “Given the potential for transmission indoors, this guidance provides strict guidelines for staff and customers to follow closely to stay healthy while enjoying their workout or class.” 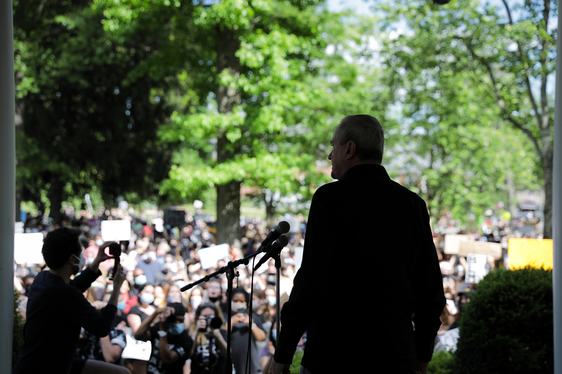 Acting on a commitment to further reshape policing and strengthen community relations, Governor Phil Murphy signed legislation (A3641), which requires the Department of Law and Public Safety to add implicit bias training to their cultural diversity training curriculum for law enforcement officers.

The bill would also make cultural diversity and implicit bias training mandatory and require every State, county and municipal law enforcement department to provide the training once every five years.

“To build upon on our progress to reshape policing, we must address the systemic and implicit biases that too often negatively impact relations between law enforcement and the communities they serve,” said Governor Murphy. “This action, among other critical reforms led by Attorney General Grewal, is a part of a comprehensive approach to ensure that New Jersey is second to none in demanding the highest standards of accountability and professionalism from our law enforcement officers.” 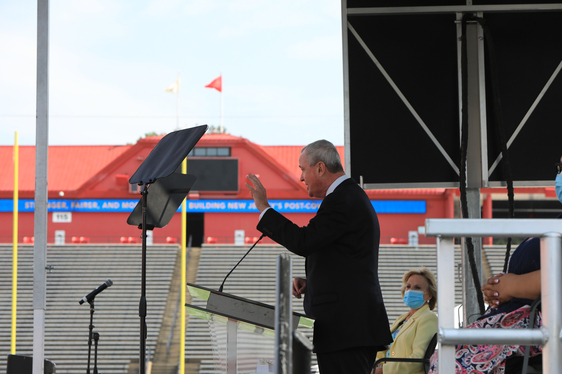 Governor Phil Murphy visited Somerville High School to highlight state education funding in his revised Fiscal Year 2021 state budget proposal, which will remain steady from FY2020 despite the historic financial challenges New Jersey is facing due to the ongoing COVID-19 pandemic. In his revised budget proposal, which was unveiled on Tuesday, Governor Murphy announced that funding for school districts will remain consistent with the figures announced in July, keeping the state on track to fully fund public schools. Additionally, the revised budget proposal includes almost $68 million in new funds over FY2020 for preschools in New Jersey.

“Supporting our public schools has been one of the bedrock priorities of my Administration, and the COVID-19 pandemic has not changed our commitment to our students, educators, and staff,” said Governor Murphy. “The pandemic has created an unprecedented challenge for our schools, but I am proud that we can continue to support our districts, ensure the health and safety of students and school staff, and provide a high-quality education for all children. Together, we will weather these challenging times and build a state that is stronger, fairer, and more resilient.”