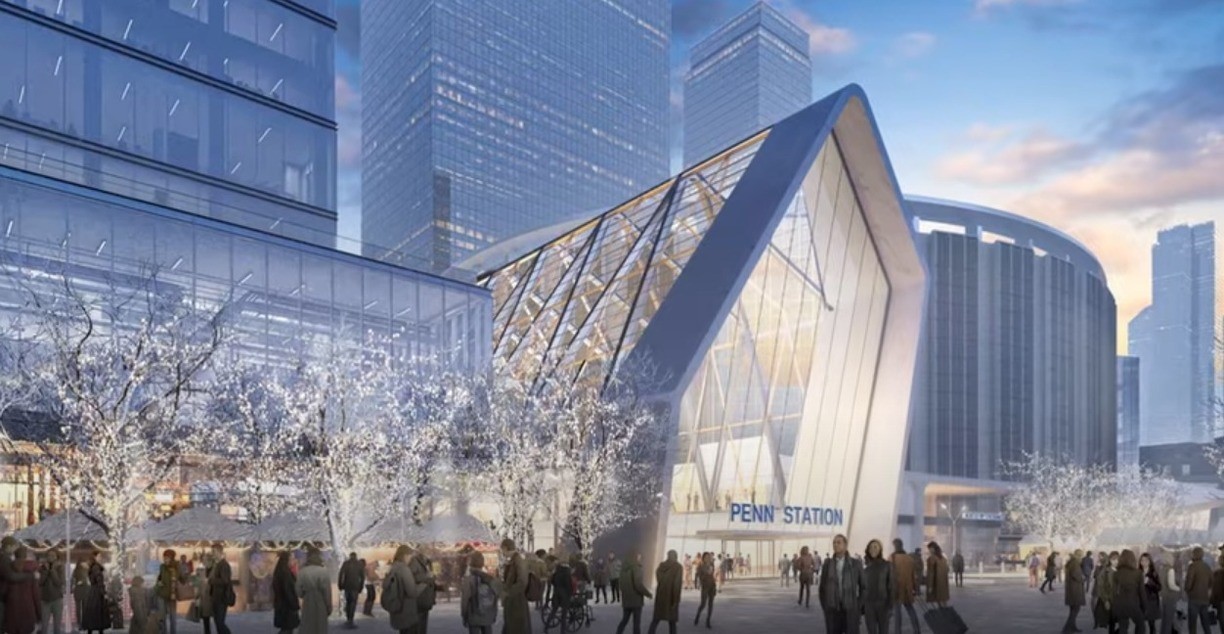 Governor Phil Murphy and Governor Kathy Hochul announced that the Metropolitan Transportation Authority, in partnership with Amtrak and NJ TRANSIT, is requesting proposals from architecture and engineering firms to guide the Penn Station Reconstruction effort recently outlined in the Penn Station Master Plan study that was announced in the fall. Governor Hochul's plan calls for the transformation of Penn Station into a modern, spacious, light-filled facility that is easy to navigate, while also revitalizing the surrounding neighborhood to prioritize the public realm and social services, invest in affordable housing, increase transit access and shared streets, and create a pedestrian-friendly streetscape. Penn Reconstruction will modernize the concourse experience for passengers with improved platform connectivity, streamlined wayfinding and enhanced amenities. The future expansion of Penn Station will add track and platform capacity and be fully integrated with a reconstructed Penn Station.

"As the centerpiece of one of the most important transportation networks in the world, Penn Station requires an atmosphere and appearance that reflect its tremendous importance to the region," said  Governor Murphy. "For several decades Penn Station has not provided New Jersey commuters and visitors with the comfort and convenience they deserve. Now, as a result of partnerships across agencies and state lines, we are prepared to take the next step toward the long-awaited transformation of this pivotal transportation hub."

"The transformation of Penn Station into a world-class, commuter-focused transportation facility befitting the central hub of the greatest city in the world cannot come soon enough," Governor Hochul said. "We have shared a vision of a single-level unified station with soaring ceilings that welcome natural light, clear, intuitive sightlines, more circulation space and more connectivity to streets and platforms. With this announcement, the MTA is taking a concrete step toward making that vision a reality. Thanks to the efforts of the Biden Administration, Senator Schumer's leadership and the support of Senator Gillibrand and our congressional delegation, new federal resources are available to assist in creating a new Penn Station for the entire region."

Video of Penn Project and Its Benefits to Commuters, Residents and the Public Can Be Seen Here

Acting Attorney General Matthew J. Platkin announced the expansion of a program that pairs a law enforcement officer with a certified mental health screener to respond together to 9-1-1 calls for behavioral health crises. The initiative, known as ARRIVE Together (“Alternative Responses to Reduce Instances of Violence & Escalation”), will begin operating a second pilot run jointly by the Elizabeth and Linden Police Departments later this month. The expansion follows a pilot program that was first launched in December and operated out of the New Jersey State Police’s Cumberland County stations based in Bridgeton and Port Norris.

I am proud of the success the ARRIVE Together program has shown during its pilot period,” said Governor Phil Murphy. “Connecting individuals experiencing a behavioral health crisis with mental health professionals will help to de-escalate these situations in a safe and healthy way. This program is yet another tool for our law enforcement officers to utilize and better assist the communities they serve.”

“The expansion of the ARRIVE Together initiative is the latest step in our effort to better assess and address behavioral health crises that law enforcement officers encounter and strengthen public safety across New Jersey,” said Acting Attorney General Platkin. “By piloting this program in two additional jurisdictions, we are broadening our goal of connecting those in crisis with the proper mental health resources they need, which in turn helps officers, counselors, and the communities we all collectively serve.” 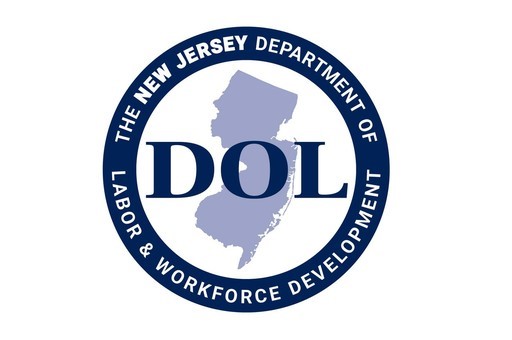 Governor Phil Murphy announced the appointment of Maria Del Valle Koch, Esq. as Director and Chief Judge of the Division of Workers’ Compensation within the New Jersey Department of Labor & Workforce Development. This appointment comes after previous Director Russell Wojtenko, Jr. was confirmed by the Senate as a Superior Court judge on May 26, 2022. Effective immediately, Del Valle Koch will lead the Division, continuing its mission of ensuring New Jersey workers receive fair and timely compensation benefits for work-related injuries.

“Director and Chief Judge Del Valle Koch’s vast history in the legal profession, particularly in Workers’ Compensation, made her an ideal fit for this role,” said Governor Murphy. “The fair treatment and safety of all of New Jersey’s employees is of the utmost importance to this administration. Under Director Del Valle Koch’s leadership, the Division of Workers’ Compensation is in good hands.”

"I am humbled and honored to be appointed Director and Chief Judge of the New Jersey Division of Workers' Compensation," said Division of Workers' Compensation Director and Chief Judge Maria Del Valle Koch. "I will work tirelessly with my colleagues and staff to efficiently provide medical treatment and benefits to the injured workers of our great state." 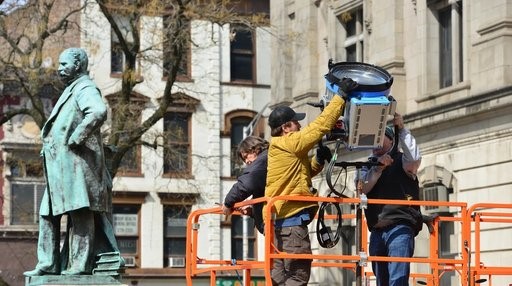 The New Jersey Economic Development Authority (NJEDA) Board approved at its June Board meeting proposed amendments to the New Jersey Film & Digital Media Tax Credit Program rules, with a goal of attracting more production companies to film and create digital media content in New Jersey and to encourage the development of large-scale studios in the state.

The New Jersey Film and Digital Media Tax Credit was established by Governor Phil Murphy in 2018 and later expanded through a series of legislative changes, most notably in 2021 as part of the New Jersey Economic Recovery Act of 2020 (ERA). The program helps to strengthen the State’s economy by attracting film, television, and digital media production, as well as the associated economic benefit that is generated through these productions, such as permanent job creation, decent living wages, increased tourism activity and spending, infrastructure and community investment in production facilities, support for local small businesses and vendors, and the expected surge in value from media exposure.

Since its creation, over 68 productions have been approved for tax credits based on expenditures of $766 million into the state’s economy. These tax incentives have helped to attract major film and television productions to New Jersey, such as “Joker,” “West Side Story,” “The Many Saints of Newark” and CBS’ “The Equalizer.”

“New Jersey has positioned itself as a compelling destination for the film and digital media industry under Governor Murphy’s leadership as we continue to attract big-studio productions to our state,” said NJEDA CEO Tim Sullivan. “Our diversity of locations means you can film mountains, cities, beaches and farms all in the same day, while our best-in-class tax incentive program and unmatched talent pool make New Jersey among the most cost-effective places in the nation to shoot a film. That’s a powerful combination and the film industry has begun to take notice.” 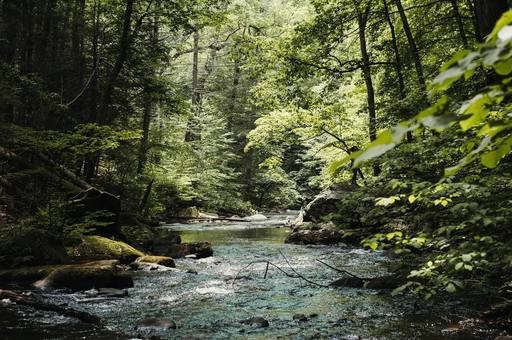 Acting Governor Nicholas P. Scutari visited Allaire State Park to sign Executive Order No. 298, which declares the first Saturday in June National Trails Day in the State of New Jersey. The executive order seeks to increase the use of trails and open green space in New Jersey, which will in turn provide public health benefits for communities of all abilities, races, ethnicities, and incomes.

Following Governor Phil Murphy’s announcement of the state parks entry fee waiver, the declaration further encourages outdoor recreation among New Jersey residents and visitors throughout the summer and into the future.

“By declaring today National Trails Day in New Jersey, we demonstrate our continued commitment to enhancing quality of life for all New Jerseyans,” said Acting Governor Scutari. “Our trails, parks, and open spaces are integral to the state’s tourism industry and our overall economic vitality. It is our responsibility to preserve and promote these natural assets.”