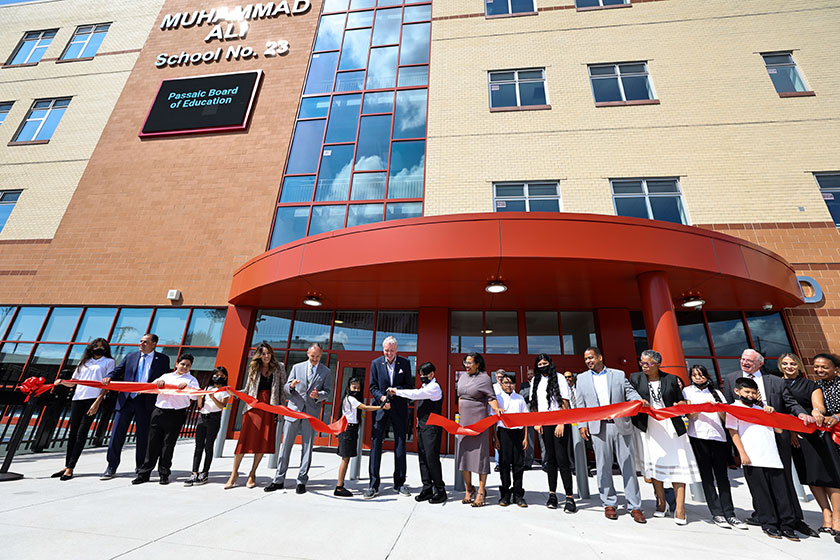 Governor Phil Murphy visited the Passaic Public School’s Dayton Avenue Campus to highlight education investments in his Fiscal Year 2023 (FY2023) budget. Over the past five years, the Murphy Administration has been committed to building a top-ranked education system for all New Jersey students with equity at the forefront.

As part of the FY2023 budget agreement, the State allocated $1.55 billion to support the Schools Development Authority’s (SDA) 2022 Strategic Plan to advance more than a dozen school construction projects in SDA districts through FY2026, and an additional $350 million for facilities projects in regular operating districts. These funds will be appropriated through the Debt Defeasance and Prevention Fund and will not increase the State’s debt burden. $10 million for charter and renaissance school facility improvements and $75 million for capital maintenance and emergent projects will be funded through the New Jersey Department of Education (DOE) and SDA. Combined, these investments represent the most significant investment in school construction in well over a decade.

“The educational success of all New Jersey students is a top priority for my Administration,” said Governor Murphy. “The necessary investments to SDA and DOE will see that our schools possess the proper infrastructure for our students to thrive in their educational environments. These children are our state’s future leaders, and every child deserves a world-class education and school in which to learn and to grow.”

According to a recent intelligence review conducted by NJOHSP’s Analysis Bureau, false information on monkeypox (hMPXV) is spreading online and sparking new confusion about the virus among the public. Misleading videos, falsely attributed information and the recycling of COVID-19 conspiracies are some of the methods causing dissent.

“As we see an attempt to sow discord in New Jersey and throughout our country through the spread of disinformation, it is critical that we communicate accurate information to the public, especially as it relates to the monkeypox virus,” said Governor Phil Murphy. “My administration remains committed to a comprehensive response that prioritizes the health and safety of our communities. I urge New Jersey residents to utilize State resources for information about symptoms, risks and availability of both testing and vaccines.”

“During the height of the pandemic, COVID-19 disinformation was running rampant, prompting NJOHSP to develop a resource web page, whereby the public could access factual information that underwent thorough examination by our Analysis Bureau,” said NJOHSP Director Laurie Doran. “With the latest monkeypox outbreak, we want to avoid a repeat of events, where incorrect information spreads quickly across communities.” 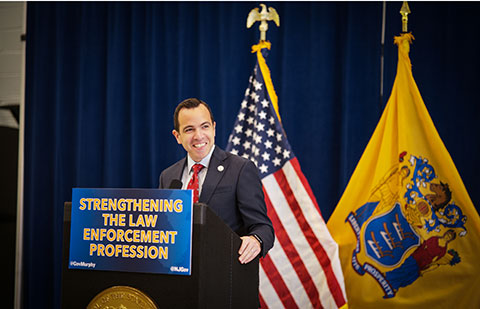 Acting Attorney General Matthew J. Platkin announced guidelines designed to help make policing a more compelling career path for women by safeguarding the workplace rights of pregnant and breastfeeding officers at law enforcement agencies statewide.  Providing guidance to agencies regarding the reasonable accommodation of pregnant officers under state and federal law is intended to promote uniformity in the treatment of pregnant officers, remove certain obstacles to the professional success of women officers, and ultimately help improve the diversity of New Jersey’s officer ranks.

The guidance comes after Governor Phil Murphy in 2020 signed a law (the “Act”) designed to ensure that every law enforcement agency in New Jersey is “comprised of law enforcement officers who reflect the diversity of the population of the community the agency is charged with protecting.”  Under that law, agencies submitted demographics of current officers to the Attorney General in 2021, which are publicly available through the Office of Justice Data.  That data collection showed an underrepresentation of women law enforcement officers.  In 2021, women officers comprised ten percent of officers statewide.  By rough comparison, over half of all New Jersey’s residents are women.

“Those who are pregnant, no matter their occupation, deserve to have reasonable accommodations in the workplace during pregnancy and after having recently given birth,” said Governor Murphy. “These guidelines will help our law enforcement departments attract and retain female officers who may not have considered it possible to safely and comfortably climb the ranks of law enforcement while experiencing the joys of becoming or being a new parent. I thank the Attorney General for advancing this critical initiative and making our law enforcement agencies more welcoming workplaces for all.”

“I, along with law enforcement executives around the state, am committed to removing barriers to pursuing a career in law enforcement,” said Acting Attorney General Platkin.  “Pregnancy can create unique professional challenges for workers across industries, and those challenges are only exacerbated by the demands of wearing the badge.  Although significant work and time will be needed to increase the representation of women in law enforcement, these Guidelines on providing reasonable accommodations to pregnant officers are a significant initial step in that effort.”

The seventh lawsuit filed centers on a blueberry farm and blueberry processing operation in Hammonton that employs migrant farm workers who live on site. The farm owner allegedly has not complied with DEP orders to stop using four substandard, unsafe drinking water wells on the property, and also is alleged to be using two unpermitted septic systems. Together with the lawsuit, the State also filed an application for an order requiring the farm owner to take immediate action – either shut down or stop using the wells for potable purposes, such as for drinking water or culinary purposes.

“Everyone, no matter where they are from or how they look, is entitled under our laws to live in an environment free from pollution,” said Acting Attorney General Platkin. “Pollution harms us all, but not equally. In New Jersey and across the nation, there is a shameful legacy of environmental injustice, but the Murphy Administration is committed to changing that here in New Jersey. Today’s enforcement actions are the latest example of that continuing commitment.”

“In New Jersey, we are confronting the historic injustices that have burdened low-income and minority communities with a disproportionate amount of pollution,” said Commissioner of Environmental Protection LaTourette. “Our commitment to furthering the promise of environmental justice sometimes demands that we take legal action to correct the legacy of pollution that underserved communities have endured. Lawsuits like those we are announcing today are an important message to polluters: treat every New Jersey community as though it were your own by leaving your neighbors and their environment better than you found them.”

“Federal funding through the American Rescue Plan will enable us to continue building local communities that are more economically prosperous and competitive than ever,” said Governor Phil Murphy. “Investing in infrastructure catalyzes growth in our local economies and communities, a critical part of New Jersey’s COVID-19 pandemic recovery. In order to sustain the growth of our economy, we must generate good-paying new jobs and make proactive infrastructure upgrades that not only boost efficiency, but cultivate the safe, healthy working conditions our residents deserve.”