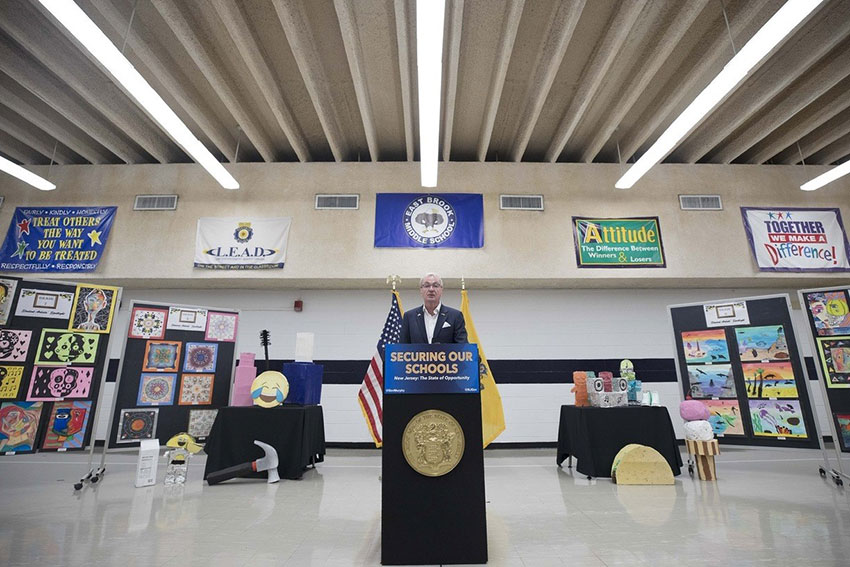 Currently, New Jersey first responders have access to Collaborative Response Graphics (CRG) for approximately 1,500 of the state’s 3,000 public and private schools. The initiative unveiled by Governor Murphy will help the New Jersey Office of Homeland Security and Preparedness (NJOHSP) and the New Jersey State Police (NJSP) map the remaining 1,500 schools in an effort to further safeguard New Jersey students and educators.

“With the epidemic of gun violence reaching every part of our communities, including our schools, we offer our families not empty promises, but concrete investments in tools and resources that will keep our students safe,” said Governor Murphy. “Nothing is more important than the safety of our children and the educators who help our children achieve their full potential. In order to protect our children and educators, we must equip our first responders with the most up-to-date 21st-century technology so that they can respond to emergencies without unnecessary delay.” 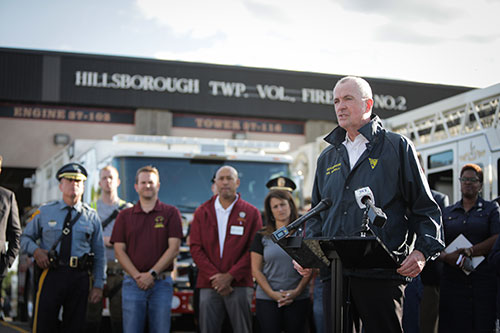 One year after Tropical Storm Ida struck New Jersey, claiming 30 lives and damaging homes and businesses across the state, Governor Phil Murphy highlighted state investments toward building resilient local communities. In addition to the more than $650 million devoted to expansive response and recovery efforts to date, the Administration is supporting recently established Ida recovery funding programs with $283 million. Governor Murphy also announced the launch of disasterhelp.nj.gov, a new one-stop website to navigate federal and state recovery resources available in the aftermath of a storm.

“As we remember the tragic storm that touched down in our state one year ago, we not only lament what we lost that day, but reflect upon what we have gained since then in terms of knowledge, resources, and a renewed focus on the urgency of the climate crisis,” said Governor Murphy. “Hillsborough – like so many other resilient communities that bounced back after Ida – is a quintessential example of what we as New Jerseyans can achieve for our residents, homes, and businesses when we build back smarter. Through intentional investments and the development of a user-friendly resource directory, we’re ensuring that disaster recovery is more efficient and long-lasting for residents and business owners alike.” 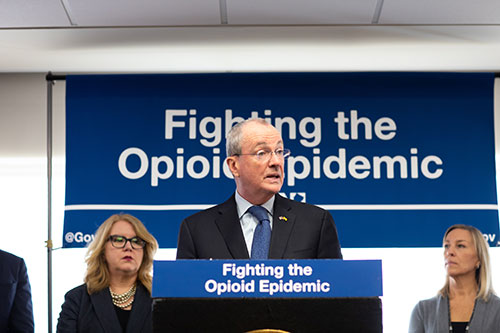 Governor Murphy Announces Creation of Online Portal & Advisory Council to Receive Input from Members of Public, Stakeholders on Use of Opioid Settlement Funds

As part of the Murphy Administration’s ongoing efforts to help New Jerseyans impacted by the opioid crisis, and in recognition of Overdose Awareness Day, Governor Phil Murphy announced additional steps the Administration is taking in New Jersey. Through a new online portal and Executive Order No. 305, the Governor has established two methods through which members of the public and relevant stakeholders can provide their input on the best use of the opioid settlement funds that New Jersey is receiving.

New Jersey and various counties and municipalities throughout the state signed onto nationwide settlement agreements in 2021 with several opioid manufacturers and distributors for their involvement in the ongoing opioid epidemic. A total of $641 million in settlement funds will be divided amongst the participating State and local governments in New Jersey over the next two decades. An additional opioid settlement reached this month will provide further funding to the State.

The Murphy Administration is committed to using these funds to help individuals and communities in New Jersey that have been impacted by the opioid epidemic, which has taken over 14,600 lives in New Jersey in the past five years alone.

“On Overdose Awareness Day, we not only commemorate the lives tragically lost to overdoses, we also honor their memories by renewing our efforts to help those struggling with substance use disorder and prevent further tragedies from taking place,” said Governor Murphy. “With the funds our state will receive through these settlement agreements, we have a meaningful opportunity to improve and save the lives of countless New Jerseyans. As we determine the best use of these funds to help combat the opioid crisis here in New Jersey, my Administration wants to hear from members of the public. The input we receive from the Advisory Council that will be created through my Executive Order and online portal will provide valuable insight into how our State can use these funds to further bolster and expand our ongoing support for the many families and communities impacted by this crisis.” 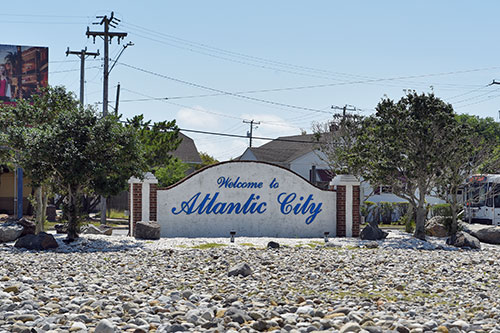 Governor Phil Murphy visited Atlantic City to highlight recent State funding for the community, including millions of dollars in municipal aid in the Fiscal Year 2023 (FY2023) budget. As part of the Governor’s ongoing commitment to supporting communities throughout New Jersey, Atlantic City is one of many municipalities that will benefit from direct State investments in key areas such as public works projects.

“Over the past four years, we have worked to help restore fiscal responsibility and encourage Atlantic City to grow and thrive in order to make this a city of opportunity for local residents,” said Governor Murphy. “The investments in this year’s budget and other recent State support make it clear that we support and value Atlantic City, and will continue to work alongside city leadership to help this community prosper. From facilitating day-to-day operations to making critical infrastructure improvements, this funding will go a long way in benefitting countless Atlantic City families.”

“Since taking office in 2018, the Murphy Administration has done meaningful work to improve Atlantic City and guide its positive trajectory. Aside from the investments highlighted today, we’ve expanded professional training to build the capacity of municipal staff, provided the City with state experts they can turn to for help in local government operations, and allocated significant funding for projects in neighborhood revitalization, flood mitigation, community policing, and youth development,” said Lt. Governor Sheila Oliver, who serves as Commissioner of the Department of Community Affairs (DCA). “At the height of the pandemic, we created the Atlantic City Restart and Recovery Working Group, which continues to meet to help the city become economically and socially stronger. This commitment of time, talent, and treasure is working and the Governor and I look forward to our continued partnership with city leaders to ensure a bright future for Atlantic City.” 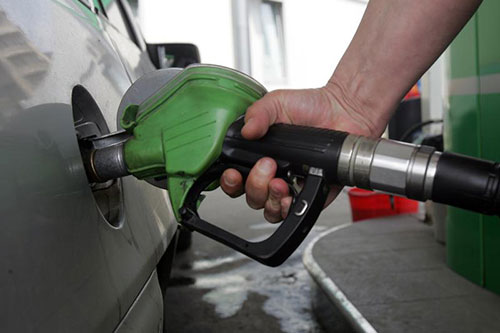 fter a thorough review of fuel consumption statistics and consultation with the Legislative Budget and Finance Officer, the Department of the Treasury announced on Monday that New Jersey’s gas tax rate will decrease by 1.0 cent per gallon beginning October 1 to comport with the 2016 law that requires a steady stream of revenue to support the State’s Transportation Trust Fund (TTF) program.

“Because actual consumption in Fiscal Year 2022 was moderately above our projections made last August, and consumption in the current fiscal year is projected to be slightly above last fiscal year’s levels, our analysis of the formula dictates a 1.0 cent decrease this coming October,” said State Treasurer Elizabeth Maher Muoio. “We are pleased that this dedicated funding stream continues to provide billions of dollars across the state to support our critical transportation infrastructure needs.”

Under the 2016 law (Chapter 57) enacted prior to the Murphy Administration, New Jersey’s TTF program is required to provide approximately $16 billion over eight years to support critical infrastructure improvements to the state’s roadways and bridges. In order to ensure the State has the funds necessary to support these projects, the law dictates that the Petroleum Products Gross Receipt tax rate must be adjusted accordingly to generate roughly $2 billion per year.

What is generally called the “gas tax” or the “highway fuels tax” is actually two separate taxes on gasoline and diesel fuel - the Motor Fuels tax and the Petroleum Products Gross Receipts (PPGR) tax.